A Critical History of Greek Philosophy [Halls of Wisdom] 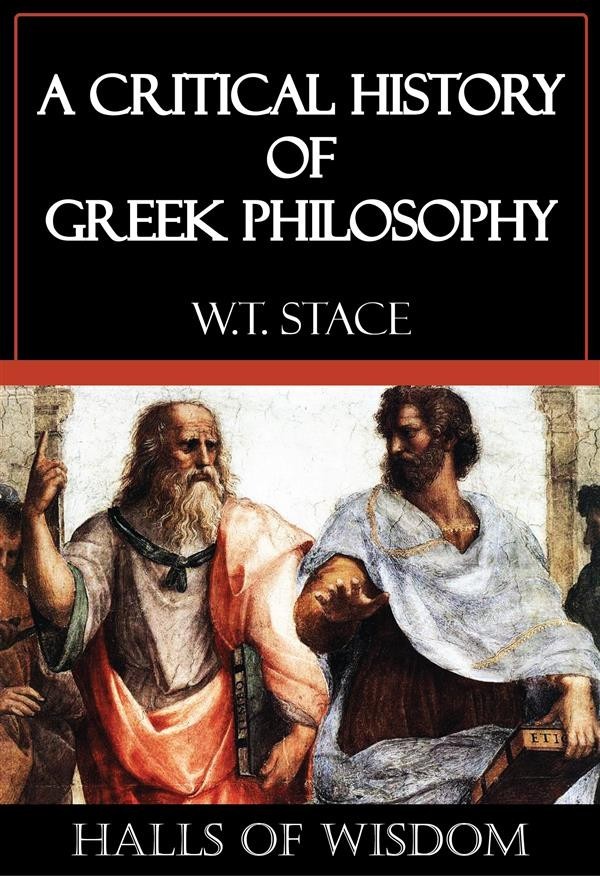 A Critical History of Greek Philosophy [Halls of Wisdom]

It is natural that, at the commencement of any study, one should be expected to say what the subject-matter of that study is. Botany is the knowledge of plants, astronomy of the heavenly bodies, geology of the rocks of the earth's crust. What, then, is the special sphere of philosophy? What is philosophy about? Now it is not as easy to give a concise definition of philosophy, as it is of the other sciences. In the first place, the content of philosophy has differed considerably in different periods of history. In general the tendency has been to narrow down the scope of the subject as knowledge advanced, to exclude from philosophy what was formerly included in it. Thus in the time of Plato, physics and astronomy were included as parts of philosophy, whereas now they constitute separate sciences. This, however, is not an insurmountable difficulty. What chiefly militates against the effort to frame a definition is that the precise content of philosophy is differently viewed by different schools of thought. Thus a definition of philosophy which a follower of Herbert Spencer might frame would be unacceptable to an Hegelian, and the Hegelian definition would be rejected by the Spencerian. If we were to include in our definition some such phrase as "the knowledge of the Absolute," while this might suit some philosophers, others would deny that there is any Absolute at all. Another school would say that there may be an Absolute, but that it is unknowable, so that philosophy cannot be the knowledge of it. Yet another school would tell us that, whether there is or is not an Absolute, whether it is or is not knowable, the knowledge of it is in any case useless, and ought not to be sought. Hence no definition of philosophy can be appreciated without some knowledge of the special tenets of the various schools. In a word, the proper place to give a definition is not at the beginning of the study of philosophy, but at the end of it. Then, with all views before us, we might be able to decide the question...