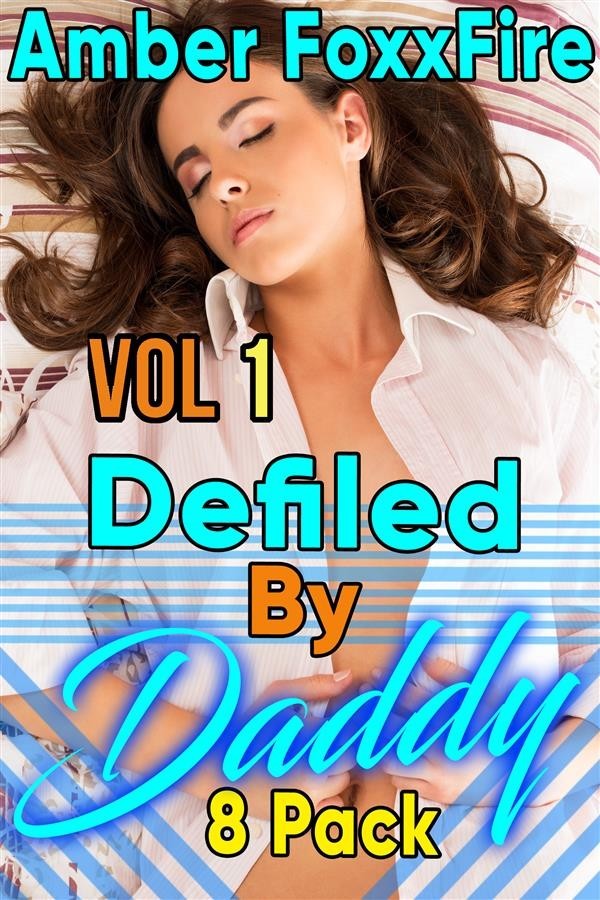 This Super Hot and Super Slicked-up mega-bundle is just what you need. Every word of these 8 stories was picked for maximum pleasure. Enjoy!

- Claimed by My Daddy!
- Catching my Wife & Daughter
- Seducing Daddy
- I Knocked up My Sleeping Daughter With Her Mother’s Help
- Taking My Daughter in Her Sleep
- Popping My Daughter’s Cherry
- Mind Controlled by Daddy
- All Tied Up

Coming home early, John sensed something was wrong. The second he opened the door, he heard his daughter crying and struggling in her room. Grabbing his gun, he confronted the intruder, who happened to be her boyfriend. He’d tied her up and was just getting ready to take her sweet, innocent, virgin body.

Now it was time for John to claim his daughter’s body for his own.

When Robert stumbles onto his wife and 18-year-old daughter making out in their bedroom, he is livid. Find out what happens when he learns that his little princess is all grown up.

18-year-old Becky was so intent on seducing her daddy, that she concocted an elaborate scheme to make him take her. Things get a little rough, however, when he realizes what she’s been up to.


* I Knocked up My Sleeping Daughter

I couldn’t believe my luck! Stacy, my 18-year-old was stone cold out of it and my wife thought it would be a good time for me to knock her up. See, Jill has always wanted grandkids. But our daughter was adamant about not having them.

A fertility pill dissolved into her drink changed all that.

* Taking My Daughter in Her Sleep

Marcia, my 18-year-old daughter wanted me. That much I knew. She constantly wore very skimpy, revealing outfits around the house that left absolutely nothing to the imagination. A couple of times she caught me peeking at her small breasts, but instead of being angry, she smiled impishly.

Yeah, she wanted me. I also wanted her, but I was also afraid. What if her mother caught us? What if she was just playing and really didn’t want me?

So, when my wife went on a week-long work trip, I decided to take my daughter in her sleep. Not knowing if she’d wake up or not was the most nerve-wracking thing I’ve ever faced. But how it turned out…

I could never have predicted that in a million years…

I burst in on my 18-year-old daughter and her newly-wed husband on their wedding night. It was perfect timing: Troy was just about to pop her cherry.

No one was going to pop my daughter’s cherry, but me.

The only trouble was, Troy wasn’t aware of our little plan.

I’d heard my friends and coworkers talking about the newest pick-up line for women. But this was something different. This was no pick-up line; this was a subliminal mind-control system.

After hearing about my friends’ successes in banging chicks that were far above their level, I had to try it.

On my 19-year-old daughter, Camry. Could I dare hope? Would she really do everything I tell her to? Everything?

She had also taken over for her in the bedroom. Thing is, my daughter is a sexual tigress in bed. But I wasn’t her only lover. She’d seduced our pastor and now I had to punish her.

By knocking her up.