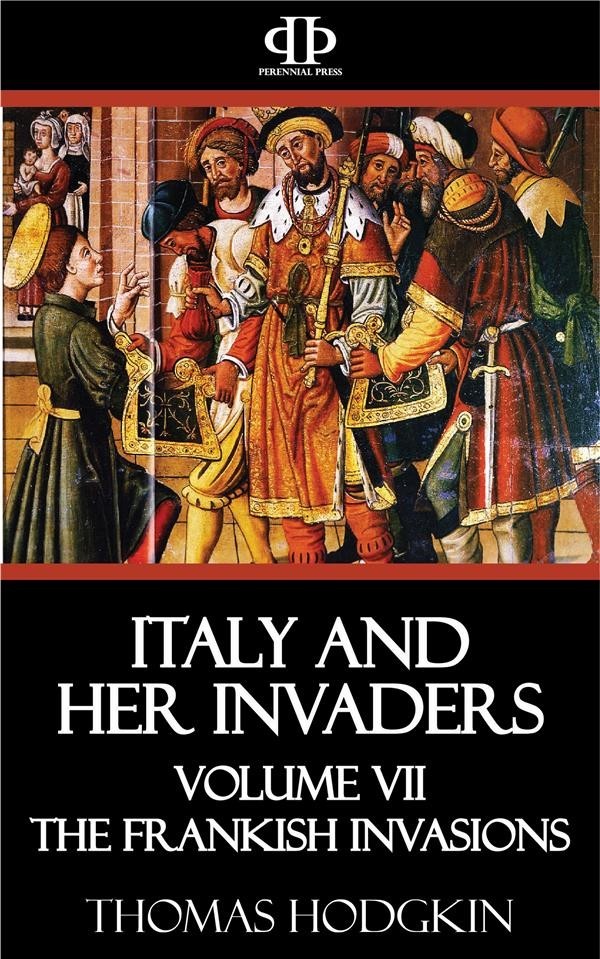 We have reached a decisive point in the history of Italy and its relations to the rest of Europe. The Visigoth dealt a mortal blow to the Roman State: the Hun and the Vandal mocked its dying agonies; the Ostrogoth tried, but tried in vain, to resuscitate its life, breathing his Teutonic energy into its outworn frame; then the Lombard came, at first a ruthless barbarian, pillaging and destroying, but gradually won over to Christianity and civilization by the unquenchable influence of the beautiful land. For nearly two centuries three powers were engaged in a struggle for supremacy in Italy: the Lombard king, the Byzantine Emperor, and the Pope of Rome. Between the last two, the relations were nominally relations of friendship and alliance, the Pope being in theory the submissive subject of the Emperor; but there had none the less been real opposition between them, sometimes breaking out into actual strife, and since the publication of the Iconoclastic decrees (726), there had been complete estrangement, though not as yet any formal renunciation of the Imperial sovereignty on the part of the Pope.
We are now about to see the balance of power which had been thus far maintained between these three opposing interests, roughly destroyed. Under the impact of the Lombard kings the Empire will lose Ravenna and all but disappear from the Peninsula. The Popes, thus left alone face to face with their hereditary enemies, the Lombards, will in their despair look beyond the Alps for help. The Frankish kings will answer to their call, and by blow upon blow, will lay the Lombard monarchy in the dust. Italy will thus be drawn into close political union with France and Germany, and those relations will be established with the latter country, which will subsist in one shape or another down to the beginning of the nineteenth century.
Finally, after the conquest of Italy by the Franks, the Roman Empire will be revived in the person of the Frankish King, and Medieval Europe will come into being...