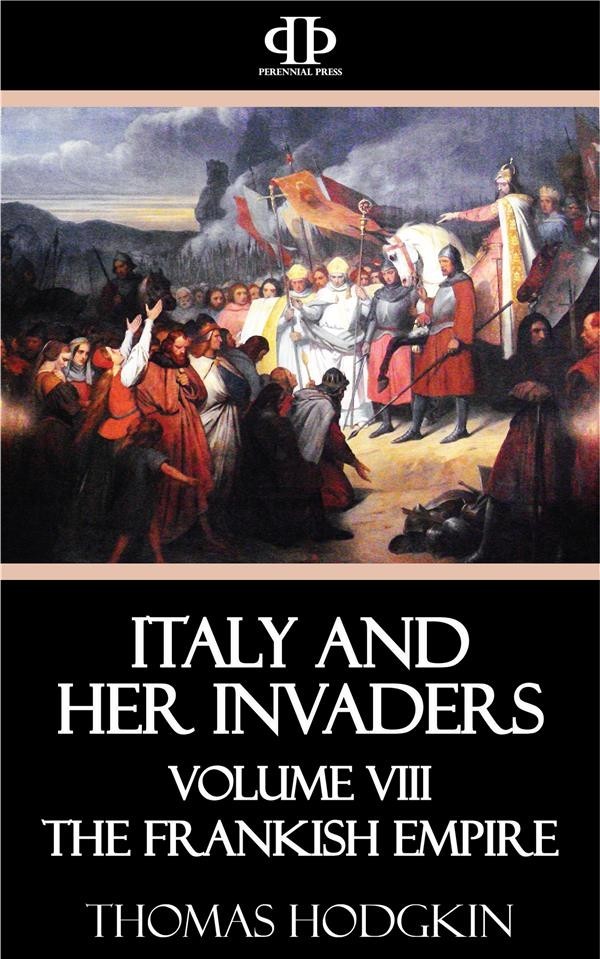 Pope Hadrian occupied the chair of St. Peter for twenty-three years, ten months, and seventeen days, a longer period than had fallen to the lot of any of  his predecessors, except the twenty-five years which tradition assigns to St. Peter himself. That part of his pontificate which still lies before us was, as far as Italy was concerned, a long and level space, not marked by any such striking events as those with which the preceding thirty years had been thickly studded, nor will it require to be considered in so much detail.
Of course in Italy and all the western world the figure that loomed largest in the eyes of men was that of the great Austrasian, Charles, ‘King of the Franks and Lombards and Patrician of the Romans’. His intervention in the affairs of Italy was necessarily fitful and intermittent, for (as has been already said) he had hard tasks to perform north of the Alps, tasks which sometimes well-nigh over-strained even his marvellous energy, and more than once exhausted his long-enduring patience. A very brief outline of these transalpine labours of his will serve to indicate that which lay in the background of Italian history during this quarter of a century.
The great, the Herculean labour of Charles during all the central portion of his reign was his Thirty Years’ War for the subjugation of the Saxons. Subjugation, as Charles soon perceived, meant Christianization, and would not be accomplished without it. Christianization by moral and spiritual agencies was a slow process, too slow for the masterful Austrasian. There were therefore compulsory baptisms, fierce laws against obdurate heathens or relapsed converts, at last a terrible massacre. Then came great transportations of men, in the style of Sargon or Nebuchadnezzar; Saxons carried away into the heart of Frank-land; Frankish settlements planted in ravaged Saxonia. Thus at length, by harshest and least spiritual means, outward conformity to the religion which called itself Christianity was secured, and order reigned in Saxon-land.
Eighteen campaigns were needed to accomplish the work which was not ended at the time of the death of Hadrian. I here only lightly touch on the chief crises of that deadly struggle...