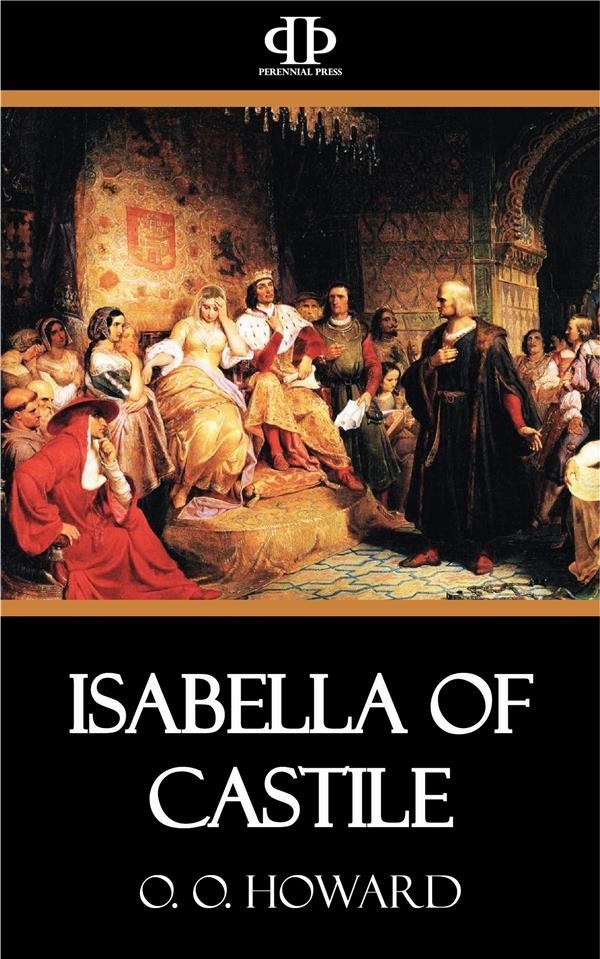 There appears to be a settled belief, quite general in its expression, that the character of a daughter derives from the father rather than from the mother. Fathers, surely, enjoy this conceit; but Isabella of Castile, whom the historians of Spain denominate Isabel la Catolica, affords a noble exception. From infancy to age she followed few beaten paths, and indeed neither in natural traits nor in habits of action was she like the king, her father. John II. was, it is true, a prince of some intelligence and considerable culture, yet at all times he was infirm of purpose and weak as a ruler; so that, like all such men who come by inheritance to high place, he was uniformly ruled by men of stronger wills, and especially by ambitious favorites. The most prominent courtier among his ministers, who sought and obtained leadership in this king's domain, was Alvaro de Luna. He, in fact, exceeded all men of his class in essential gifts and accomplishments—gifts that would have befitted a crown, had a crown been his birthright.
At the time Isabella first saw the light the entire nobility of the kingdom was divided into two opposing camps, for and against this ruling spirit. The contention, at one time, was so sharp that it brought them to open battle. The crown prince took part in it, and fought on the side of "the rebels," as the opposers of the king were called. Alvaro, however, who was as full of expedients as a magician, was not at that time defeated. In fact, his opponents were never able soon enough to divine and meet his machinations. This man, in authority surpassing the modern prime-ministers of Germany and England, not being subjected to their legislative restrictions, obtained and kept for many years the mastery of Castile. Strange to say, in this reign of John II., foolishly bloody and contentious as it was, while inter arma  the Muses are usually silent, there was nevertheless much attention paid to cultivation of literature. It has, in this respect, been called the golden age for Castile. The names of Henry, Marquis of Villena, Inigo Lopez de Mendoza, Marquis of Santillana, and Juan de Mena frequently appear and have special prominence. They are writers honorably mentioned by the historians of the period. That was the time when a good taste and love for books appeared in Spain and were becoming more general—a time sad enough and terrible for humanity, yet not absolutely involved in gloom. The king himself was a poet, and, as far as such a character could be, a patron of poetic and literary aspirants. In literary achievements he could at least be rated above the "divine Augustus," whom the world knows to have had a similar ambition. Yet withal, the principal distinction of John II. of Castile was the reflex of his daughter Isabella's phenomenal successes and acknowledged virtues. She proved herself, as our studies reveal, a brave and able princess, who, with a heart intrinsically kind, was yet obliged to find her way politically through the troubled waters of intense aristocratic opposition and hierarchical interference. Her father died July 21st, 1454. In his last hours he did not have even the meagre consolation of self-approval. The historian says significantly: "Penetrated by remorse at the retrospect of his unprofitable life, and filled with melancholy presages of the future, the unhappy prince lamented on his death-bed to his faithful attendant, Cibdareal, that he had not been born the son of a mechanic instead of King of Castile."