The Return of Dr. Fu Manchu 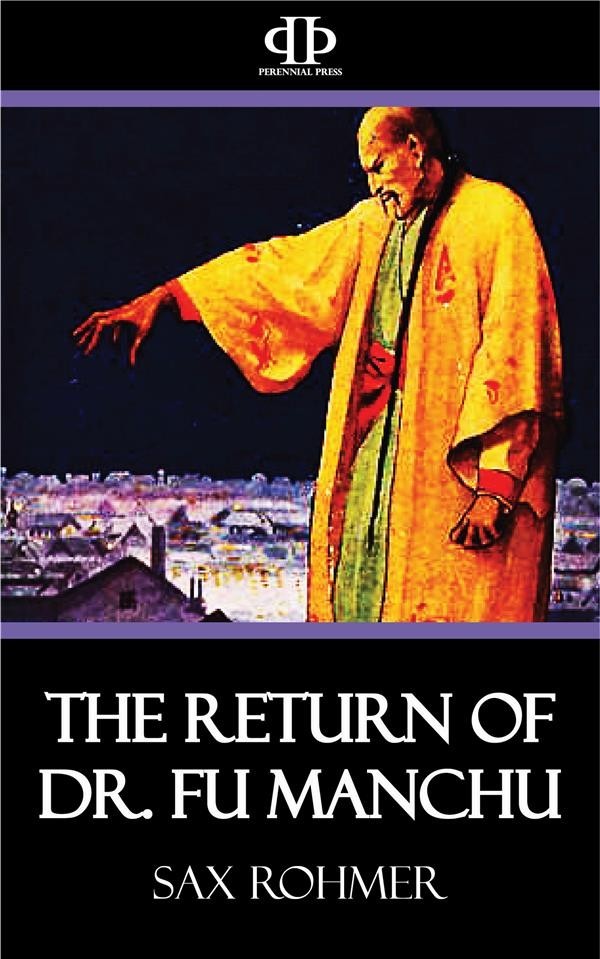 The Return of Dr. Fu Manchu

"When did you last hear from Nayland Smith?" asked my visitor.
I paused, my hand on the siphon, reflecting for a moment.
"Two months ago," I said: "he's a poor correspondent and rather soured, I fancy."
"What—a woman or something?"
"Some affair of that sort. He's such a reticent beggar, I really know very little about it."
I placed a whisky and soda before the Rev. J. D. Eltham, also sliding the tobacco jar nearer to his hand. The refined and sensitive face of the clergyman offered no indication to the truculent character of the man. His scanty fair hair, already grey over the temples, was silken and soft-looking: in appearance he was indeed a typical English churchman; but in China he had been known as "the fighting missionary," and had fully deserved the title. In fact, this peaceful-looking gentleman had directly brought about the Boxer Risings!
"You know," he said in his clerical voice, but meanwhile stuffing tobacco into an old pipe with fierce energy, "I have often wondered, Petrie—I have never left off wondering—"
"What?"
"That accursed Chinaman! Since the cellar place beneath the site of the burnt-out cottage in Dulwich Village—I have wondered more than ever."
He lighted his pipe and walked to the hearth to throw the match in the grate.
"You see," he continued, peering across at me in his oddly nervous way—"one never knows, does one? If I thought that Dr. Fu-Manchu lived; if I seriously suspected that that stupendous intellect, that wonderful genius, Petrie, er"—he hesitated characteristically—"survived, I should feel it my duty—"
"Well?" I said, leaning my elbows on the table and smiling slightly.
"If that Satanic genius were not indeed destroyed, then the peace of the world might be threatened anew at any moment!"
He was becoming excited, shooting out his jaw in the truculent manner I knew, and snapping his fingers to emphasize his words; a man composed of the oddest complexities that ever dwelt beneath a clerical frock...