Captives of the Flame 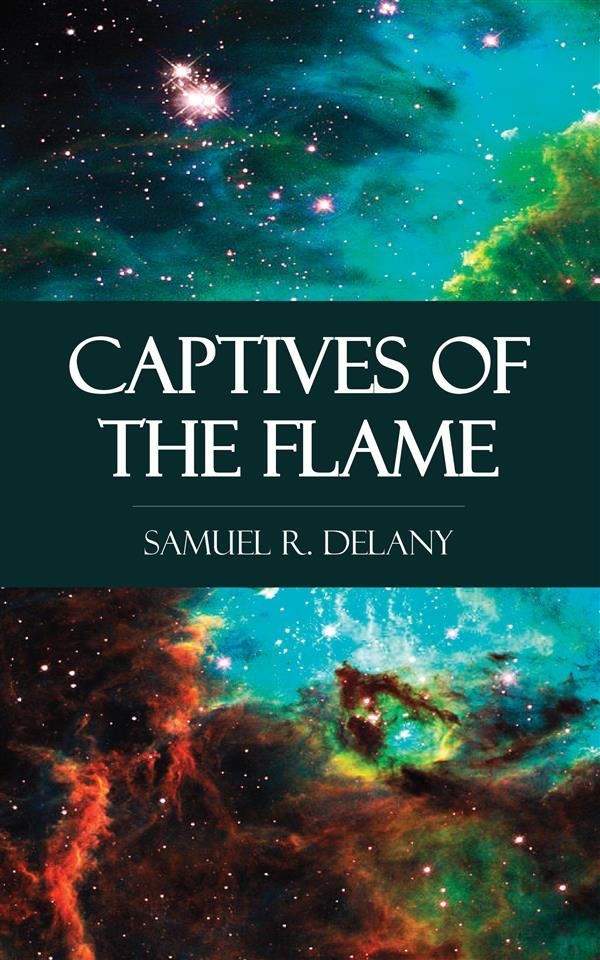 Captives of the Flame

The green of beetles' wings ... the red of polished carbuncle ... a web of silver fire. Lightning tore his eyes apart, struck deep inside his body; and he felt his bones split. Before it became pain, it was gone. And he was falling through blue smoke. The smoke was inside him, cool as blown ice. It was getting darker.
He had heard something before, a ... voice: the Lord of the Flames.... Then:
Jon Koshar shook his head, staggered forward, and went down on his knees in white sand. He blinked. He looked up. There were two shadows in front of him.
To his left a tooth of rock jutted from the sand, also casting a double shadow. He felt unreal, light. But the backs of his hands had real dirt on them, his clothes were damp with real sweat, and they clung to his back and sides. He felt immense. But that was because the horizon was so close. Above it, the sky was turquoise—which was odd because the sand was too white for it to be evening. Then he saw the City.
It hit his eyes with a familiarity that made him start. The familiarity was a refuge, and violently his mind clawed at it, tried to find other familiar things. But the towers, the looped roadways, that was all there was—and one small line of metal ribbon that soared out across the desert, supported by strut-work pylons. The transit ribbon! He followed it with his eyes, praying it would lead to something more familiar. The thirteenth pylon—he had counted them as he ran his eye along the silver length—was crumpled, as though a fist had smashed it. The transit ribbon snarled in mid-air and ceased. The abrupt end again sent his mind clawing back toward familiarity: I am Jon Koshar (followed by the meaningless number that had been part of his name for five years). I want to be free (and for a moment he saw again the dank, creosoted walls of the cabins of the penal camp, and heard the clinking chains of the cutter teeth as he had heard them for so many days walking to the mine entrance while the yard-high ferns brushed his thighs and forearms ... but that was in his mind).
The only other things his scrambling brain could reach were facts of negation. He was some place he had never been before. He did not know how he had gotten there. He did not know how to get back. And the close horizon, the double shadows ... now he realized that this was not Earth (Earth of the Thirty-fifth Century, although he gave it another name, Fifteenth Century G.F.).
But the City.... It was on earth, and he was on earth, and he was—had been—in it. Again the negations: the City was not on a desert, nor could its dead, deserted towers cast double shadows, nor was the transit ribbon broken.
The transit ribbon!
No!
It couldn't be broken. He almost screamed. Don't let it be broken, please....
The entire scene was suddenly jerked from his head. There was nothing left but blue smoke, cool as blown ice, inside him, around him. He was spinning in blue smoke. Sudden lightning seared his eyeballs, and the shivering after-image faded, shifted, became ... a web of silver fire, the red of polished carbuncle, the green of beetles' wings...