The Revolt on Venus 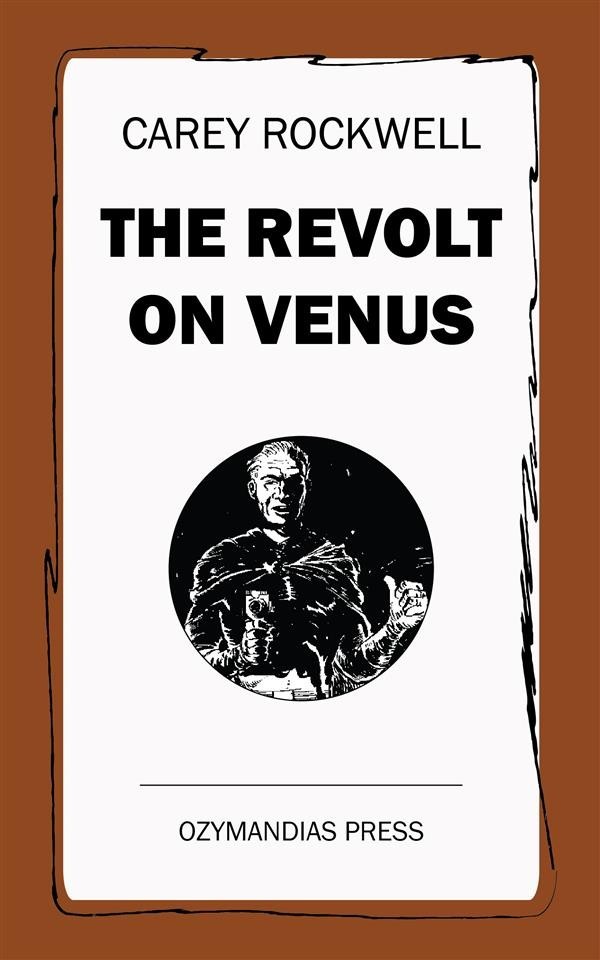 The Revolt on Venus

"Emergency air lock open!" The tall, broad-shouldered officer, wearing the magnificent black-and-gold uniform of the Solar Guard, spoke into a small microphone and waited for an acknowledgment. It came almost immediately. "Cadet Corbett ready for testing," a voice crackled thinly over the loud-speaker. "Very well. Proceed." Seated in front of the scanner screen on the control deck of the rocket cruiser Polaris, Captain Steve Strong replaced the microphone in its slot and watched a bulky figure in a space suit step out of the air lock and drift away from the side of the ship. Behind him, five boys, all dressed in the vivid blue uniforms of the Space Cadet Corps, strained forward to watch the lone figure adjust the nozzles of the jet unit on the back of his space suit.
"Come on, Tom!" said the biggest of the five boys, his voice a low, powerful rumble as he rooted for his unit mate.
"If Tom makes this one," crowed the cadet next to him, a slender boy with a thick shock of close-cropped blond hair, "the Polaris unit is home free!"
"This is the last test, Manning," replied one of the remaining three cadets, the insigne of the Arcturus unit on the sleeve of his uniform. "If Corbett makes this one, you fellows deserve to win."
Aboard the rocket cruiser Polaris, blasting through the black void of space two hundred miles above Earth, six Space Cadets and a Solar Guard officer were conducting the final test for unit honors for the term. All other Academy units had been eliminated in open competition. Now, the results of the individual space orientation test would decide whether the three cadets of the Arcturus unit or the three cadets of the Polaris unit would win final top unit honors.