The Strife of the Roses 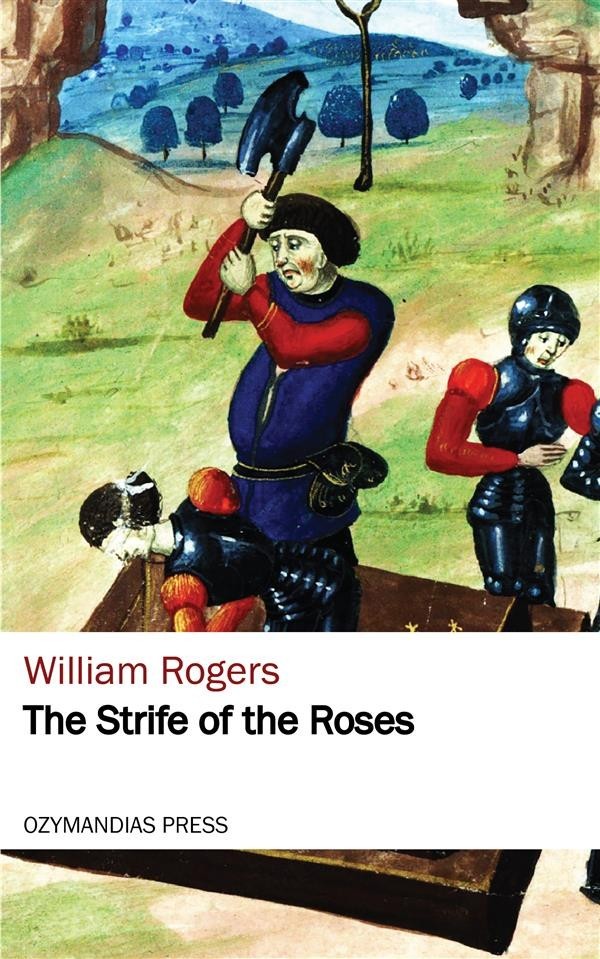 The Strife of the Roses

At somewhat more than halfway distance between Weymouth on the skirt of the Atlantic, and the good old city of Bristow by the Severn sea, on the thin iron line that crosses the wide end of the western peninsula between those places,—and which in the early days of railway enterprise was cleverly, but of course futilely, stretched as a boom, designed to 'block' all further extension westward,—and just inside the county of Wilts, lies the quiet little town of Westbury.
The station itself is somewhat "larger and more commodious" than common. A two-fold reason accounts for this, one, that of its being the junction of another line that departs hence for Salisbury, and secondly the nature of the industry that meets the eye from the platform, and is in its way unique in these parts. This is the appearance of three towering iron furnaces, with attendant rows of coke ovens, placed on an eminence just outside the station yard; busily smelting the iron-stone that is quarried from a large excavation on the opposite side of the line, and which passes under the railway proper in mimic trains, pulled by a tiny locomotive up to the great glowing bastions, there to be speedily devoured and purified into 'pigs' of the best quality.
A very English sight indeed you will say. Yes, certainly if we were in some of the northern localities of this mineral-saturated island of ours, but strange in its isolated appearance among the bucolic characteristics of the southern portion of it, and moreover here, at least, a development in its way peculiarly modern. The antient 'staple' of the district is the very primeval one of the manufacture of woolen cloth, which has existed for centuries, is still considerably followed, and enjoys all its olden reputation as being 'West of England,' a pass-word for excellence and purity of fabric, untainted by the admixture of 'shoddy,' characteristic of north-country production. Westbury in company with her sister towns is largely interested in the industry.
Our wandering to-day is not in quest of manufactured products iron or woolen, but of a nature that lends a clue to our thoughts which takes us back to the far past strife of the Red and White Roses, and era of Bosworth, and of the heart-burning that inspired the distich,
"The Rat, the Cat, and Lovell our Dog,
Rule all England under the Hog,"
for the writing of which and presumed sympathy with the Red Rose, be it remembered, a Wiltshire knight, Sir William Collingbourn of Lydiard by name, was by the vindictive Richard "caused to be abbreviated shorter by the head, and to be divided into four quarters,"—and to search for traces of one of the principal actors, who played a conspicuous part in the turmoil, for he was probably born, or had his original habitation close by. Yonder is the town of Westbury with its factory chimneys and massive church tower in their midst,—below us the busy railway-station, and immense iron-stone quarry,—in front the great furnaces. Nothing very suggestive in all this as to our expedition to find the old home of Willoughby in these parts; he of the famed circle of the Garter, and first Baron by a name taken from the little rill of Brooke or Broke, that, outlasting his name and fame, still flows past the house that he occupied while in the flesh. Yet it cannot be very far off...