The Heritage of the Sioux 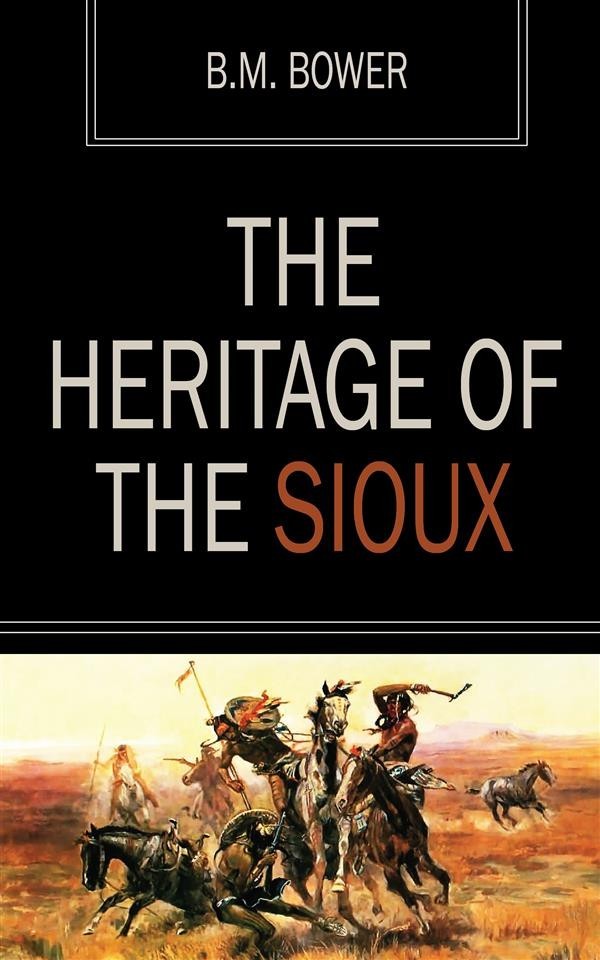 The Heritage of the Sioux

Old Applehead Furrman, jogging home across the mesa from Albuquerque, sniffed the soft breeze that came from opal-tinted distances and felt poignantly that spring was indeed here. The grass, thick and green in the sheltered places, was fast painting all the higher ridges and foot-hill slopes, and with the green grass came the lank-bodied, big-kneed calves; which meant that roundup time was at hand. Applehead did not own more than a thousand head of cattle, counting every hoof that walked under his brand. And with the incipient lethargy of old age creeping into his habits of life, roundup time was not with him the important season it once had been; for several years he had been content to hire a couple of men to represent him in the roundups of the larger outfits—men whom he could trust to watch fairly well his interests. By that method he avoided much trouble and hurry and hard work—and escaped also the cares which come with wealth.
But this spring was not as other springs had been. Something—whether an awakened ambition or an access of sentiment regarding range matters, he did not know—was stirring the blood in Applehead's veins. Never, since the days when he had been a cowpuncher, had the wide spaces called to him so alluringly; never had his mind dwelt so insistently upon the approach of spring roundup. Perhaps it was because he heard so much range talk at the ranch, where the boys of the Flying U were foregathered in uneasy idleness, their fingers itching for the feel of lariat ropes and branding irons while they gazed out over the wide spaces of the mesa.
So much good rangeland unharnessed by wire fencing the Flying U boys had not seen for many a day. During the winter they had been content to ride over it merely for the purpose of helping to make a motion picture of the range, but with the coming of green grass, and with the reaction that followed the completion of the picture that in the making had filled all their thoughts, they were not so content. To the inevitable reaction had been added a nerve racking period of idleness and uncertainty while Luck Lindsay, their director, strove with the Great Western Film Company in Los Angeles for terms and prices that would make for the prosperity of himself and his company...