The Light of Western Stars 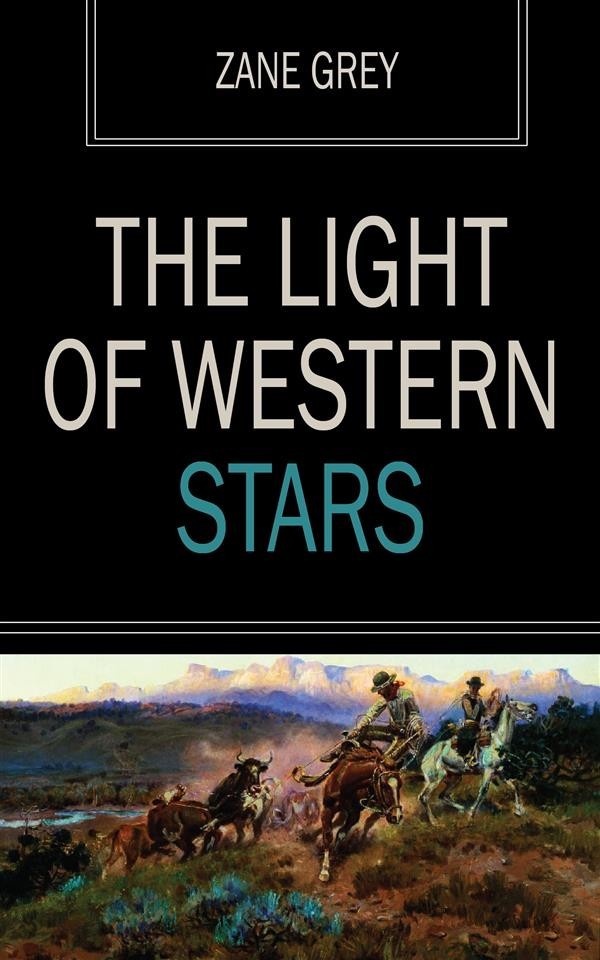 The Light of Western Stars

When Madeline Hammond stepped from the train at El Cajon, New Mexico, it was nearly midnight, and her first impression was of a huge dark space of cool, windy emptiness, strange and silent, stretching away under great blinking white stars.
"Miss, there's no one to meet you," said the conductor, rather anxiously.
"I wired my brother," she replied. "The train being so late—perhaps he grew tired of waiting. He will be here presently. But, if he should not come—surely I can find a hotel?"
"There's lodgings to be had. Get the station agent to show you. If you'll excuse me—this is no place for a lady like you to be alone at night. It's a rough little town—mostly Mexicans, miners, cowboys. And they carouse a lot. Besides, the revolution across the border has stirred up some excitement along the line. Miss, I guess it's safe enough, if you—"
"Thank you. I am not in the least afraid."
As the train started to glide away Miss Hammond walked towards the dimly lighted station. As she was about to enter she encountered a Mexican with sombrero hiding his features and a blanket mantling his shoulders.
"Is there any one here to meet Miss Hammond?" she asked.
"No sabe, Senora," he replied from under the muffling blanket, and he shuffled away into the shadow.
She entered the empty waiting-room. An oil-lamp gave out a thick yellow light. The ticket window was open, and through it she saw there was neither agent nor operator in the little compartment. A telegraph instrument clicked faintly...