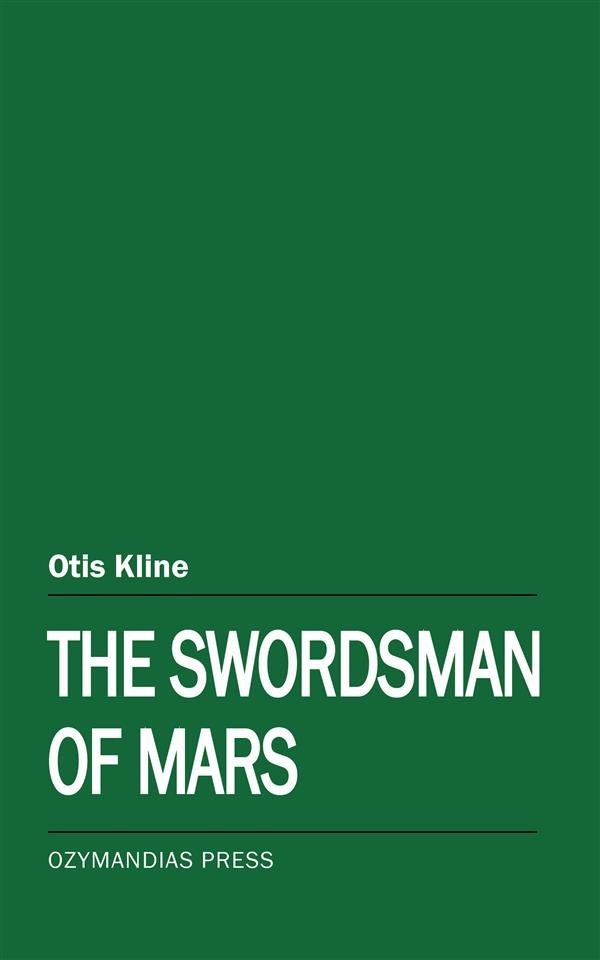 In "Swordsman of Mars," Harry Thorne, outcast scion of a wealthy East Coast family, seeks the greatest adventure of his life. He exchanges bodies with his look-alike, Martian Sheb Takkor, and is transported millions of years into the past to a Mars peopled with mighty warriors, beautiful women, and fearsome beasts. Sheb Takkor, a great swordsman in his own right, must fight his way across the deserts and jungles of ancient Mars to save the lovely Princess Thane and to defeat his arch-enemy Sel Han -- or die trying! Edgar Rice Burroughs was the first great writer of planetary adventures. His one true rival and equal at writing planet stories was Otis Adelbert Kline.