The Call of the Savage 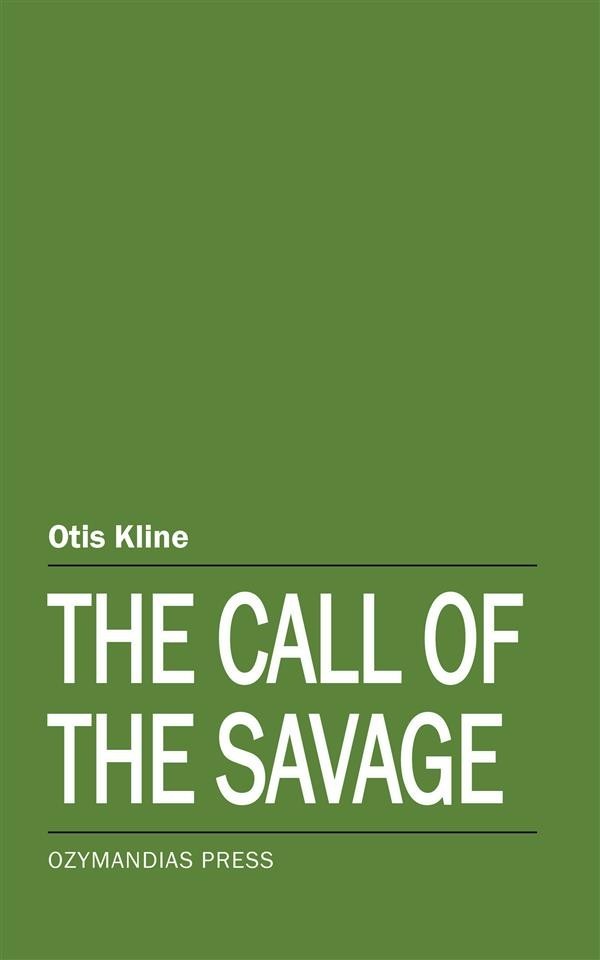 The Call of the Savage

Dr. Bracken suavely bowed his Florida cracker patient out of his dispensary. It was in the smaller right wing of his rambling ancestral home on a hummock in the Everglades, near the Gulf of Mexico and five miles from Citrus Crossing. The doctor cursed under his breath as a sudden uproar came from the larger right wing of the house, directly behind him. This wing, a place double- locked and forbidden even to his two old colored servants, had no entrance save through a narrow passageway that connected it with his private office in the smaller wing.
So far as his servants, Aunt Jenny and Uncle Henry, were concerned, a lock was superfluous. The muffled animal-like sounds that came from it were so strange and unearthly that they regarded them with superstitious awe.
As he closed the door behind his patient it seemed that a mask suddenly slipped from the doctor's face, so swift and horrible was the change that came over his features. He had been smiling and suave, but as be turned away from the door his demeanor was more like that of a frenzied madman. His teeth, bared like those of a jungle beast at bay, gleamed white and menacing against the iron-gray of his closely cropped vandyke. His small, deep-set eyes burned malevolently, madly.
Fishing a bunch of keys from his pocket, he opened the door to the narrow passageway, pressed a switch that flooded it with light, and entered, locking it behind him. The roars were louder now. At the end of the passageway he used another key to open a second door, and stepped into the room beyond, pressing a second switch as he did so. The yellow rays of a bulb overhead revealed the stoutly: barred cages that housed his private menagerie within soundproofed walls...