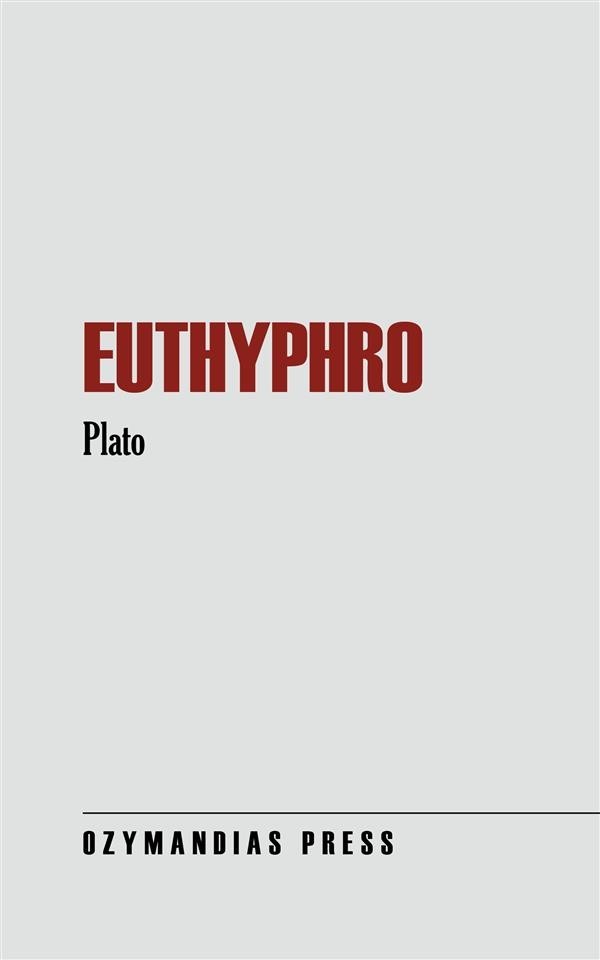 In the Meno, Anytus had parted from Socrates with the significant words: 'That in any city, and particularly in the city of Athens, it is easier to do men harm than to do them good;' and Socrates was anticipating another opportunity of talking with him. In the Euthyphro, Socrates is awaiting his trial for impiety. But before the trial begins, Plato would like to put the world on their trial, and convince them of ignorance in that very matter touching which Socrates is accused. An incident which may perhaps really have occurred in the family of Euthyphro, a learned Athenian diviner and soothsayer, furnishes the occasion of the discussion.
This Euthyphro and Socrates are represented as meeting in the porch of the King Archon. (Compare Theaet.) Both have legal business in hand. Socrates is defendant in a suit for impiety which Meletus has brought against him (it is remarked by the way that he is not a likely man himself to have brought a suit against another); and Euthyphro too is plaintiff in an action for murder, which he has brought against his own father. The latter has originated in the following manner:—A poor dependant of the family had slain one of their domestic slaves in Naxos. The guilty person was bound and thrown into a ditch by the command of Euthyphro's father, who sent to the interpreters of religion at Athens to ask what should be done with him. Before the messenger came back the criminal had died from hunger and exposure.
This is the origin of the charge of murder which Euthyphro brings against his father. Socrates is confident that before he could have undertaken the responsibility of such a prosecution, he must have been perfectly informed of the nature of piety and impiety; and as he is going to be tried for impiety himself, he thinks that he cannot do better than learn of Euthyphro (who will be admitted by everybody, including the judges, to be an unimpeachable authority) what piety is, and what is impiety. What then is piety?