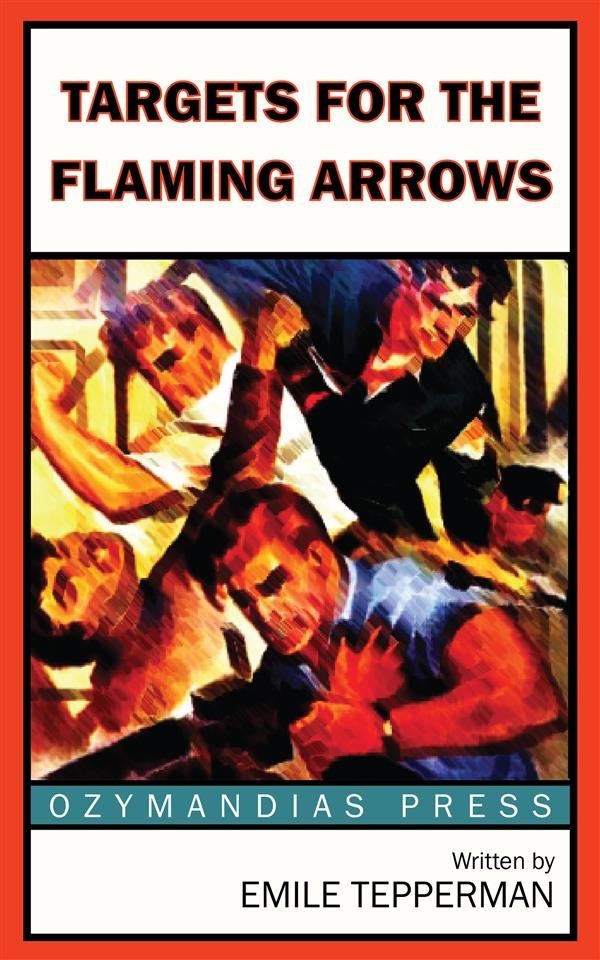 ON the seventeenth of August, a furtive Rumanian walked into the United States Consulate in Berne, Switzerland, and whispered that he had information to sell.
Closeted with one of the attachés, he put on a mysterious air, and said that he could tell about the plans of the Flaming Arrow to wreck the United States war effort.
The attaché frowned. "The Flaming Arrow? What are you talking about?"
The Rumanian became more mysterious, and at the same time more furtive and frightened.
"It is the name of the one who can win the war for the Axis. He has been in America now for three years. But only three men in all the world know who the Flaming Arrow really is. Those three are Hitler, Himmler, and Tojo, of Japan. The Axis has paid ten million dollars over to the account of the Flaming Arrow, and there are ninety millions more in banks in every neutral country which he can call upon. For that sum, the Flaming Arrow has agreed to destroy American war power completely."
"You're mad!" said the attaché.
"Mad? You think perhaps that I dream this? Let me tell you: There is a school not far from Berlin, where the Nazis train the youngsters who are smuggled into America to enter the ranks of the Flaming Arrow!"