The Chamber of Life 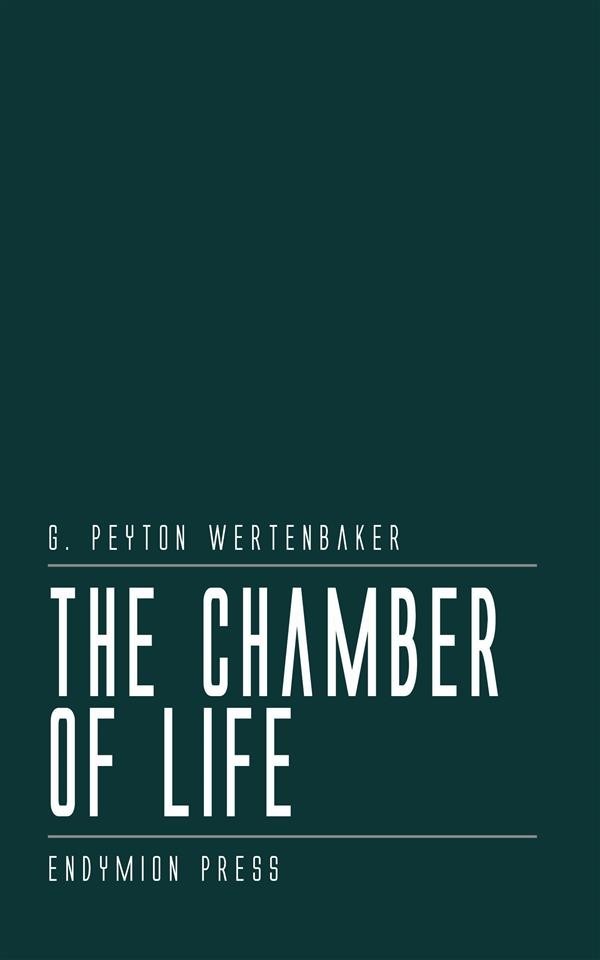 The Chamber of Life

My first sensation was one of sudden and intense cold—a chill that shot through my body and engulfed it like a charge of electricity. For a moment I was conscious of nothing else. Then I knew that I was sinking in cold water, and that I was fighting instinctively against the need to gasp and breathe fresh air. I kicked weakly and convulsively. I opened my eyes, and squeezed them as the bright green water stung them. Then I hung for an instant as if suspended over the depths, and began to rise. It seemed hours before I shot up into the open air again, and was drinking it deeply and thankfully into my tortured lungs. The sun touched my head warmly like the hand of a benign god.
Floating gently, I lay there for a long while before I even looked about me. There was a vague confusion in my head, as if I had just awakened from a long sleep. Some memory seemed to be fading away, something I could still feel but couldn't understand. Then it was gone, and I was alone and empty, riding on the water.
I glanced about, puzzled. Only a few yards away rose the gray stone side of the embankment, with its low parapet, and behind that the Drive. There was no one in sight—not even a car—and the open windows of the apartment houses across the Drive seemed very quiet. People slept behind them.
It was only a little after dawn. The sun, blazing and tinted with pink, had hardly risen from the horizon. The lake was still lined with dark shadows behind glittering ridges of morning sunlight, and a cool breeze played across my face, coming in from the east. Over the city, the sound of a street car rumbling into motion, rising and dying away, was like the crowing of a rooster in the country.
I shivered, and began to swim. A few strokes brought me to the embankment, and I clambered up, almost freezing as I left the water. I was fully clothed, but without a hat. Perhaps I had lost it in the lake. I stood there, dripping and chill, and suddenly I realized that I had just waked up in the water. I had no recollection of falling in, nor even of being there. I could remember nothing of the previous night.
A glance along the Drive told me where I was, at the corner of Fifty-third street. My apartment was only a few blocks away. Had I been walking in my sleep? My mind was a blank, with turbulent, dim impressions moving confusedly under the surface...