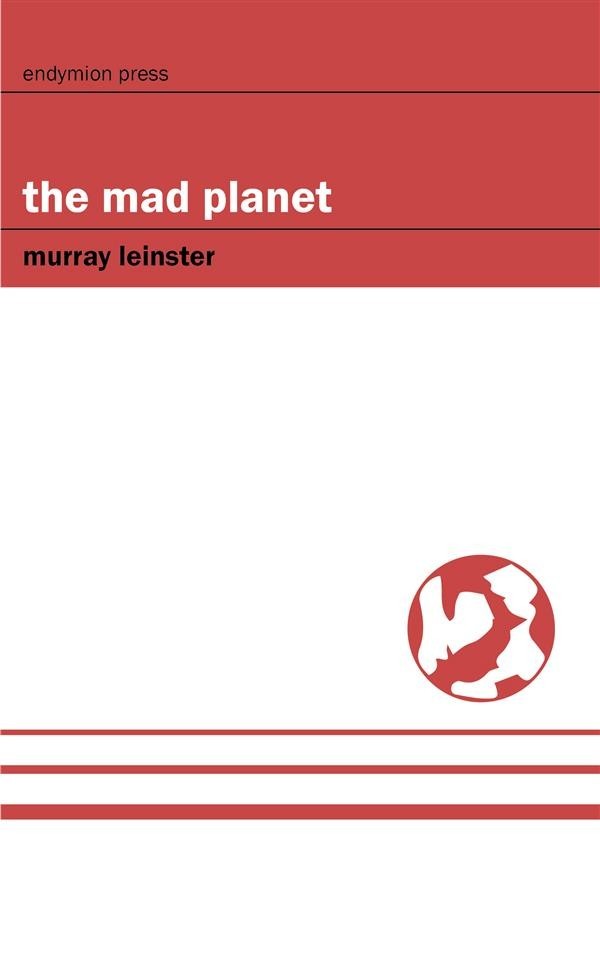 In All His lifetime of perhaps twenty years, it had never occurred to Burl to wonder what his grandfather had thought about his surroundings. The grandfather had come to an untimely end in a rather unpleasant fashion which Burl remembered vaguely as a succession of screams coming more and more faintly to his ears while he was being carried away at the top speed of which his mother was capable.
Burl had rarely or never thought of the old gentleman since. Surely he had never wondered in the abstract of what his great grandfather thought, and most surely of all, there never entered his head such a purely hypothetical question as the one of what his many-times-great-grandfather—say of the year 1920—would have thought of the scene in which Burl found himself.
He was treading cautiously over a brownish carpet of fungus growth, creeping furtively toward the stream which he knew by the generic title of "water." It was the only water he knew. Towering far above his head, three man-heights high, great toadstools hid the grayish sky from his sight. Clinging to the foot-thick stalks of the toadstools were still other fungi, parasites upon the growth that had once been parasites themselves.
Burl himself was a slender young man wearing a single garment twisted about his waist, made from the wing-fabric of a great moth the members of his tribe had slain as it emerged from its cocoon. His skin was fair, without a trace of sunburn. In all his lifetime he had never seen the sun, though the sky was rarely hidden from view save by the giant fungi which, with monster cabbages, were the only growing things he knew. Clouds usually spread overhead, and when they did not, the perpetual haze made the sun but an indefinitely brighter part of the sky, never a sharply edged ball of fire. Fantastic mosses, misshapen fungus growths, colossal molds and yeasts, were the essential parts of the landscape through which he moved.
Once as he had dodged through the forest of huge toadstools, his shoulder touched a cream-colored stalk, giving the whole fungus a tiny shock. Instantly, from the umbrella-like mass of pulp overhead, a fine and impalpable powder fell upon him like snow. It was the season when the toadstools sent out their spores, or seeds, and they had been dropped upon him at the first sign of disturbance...