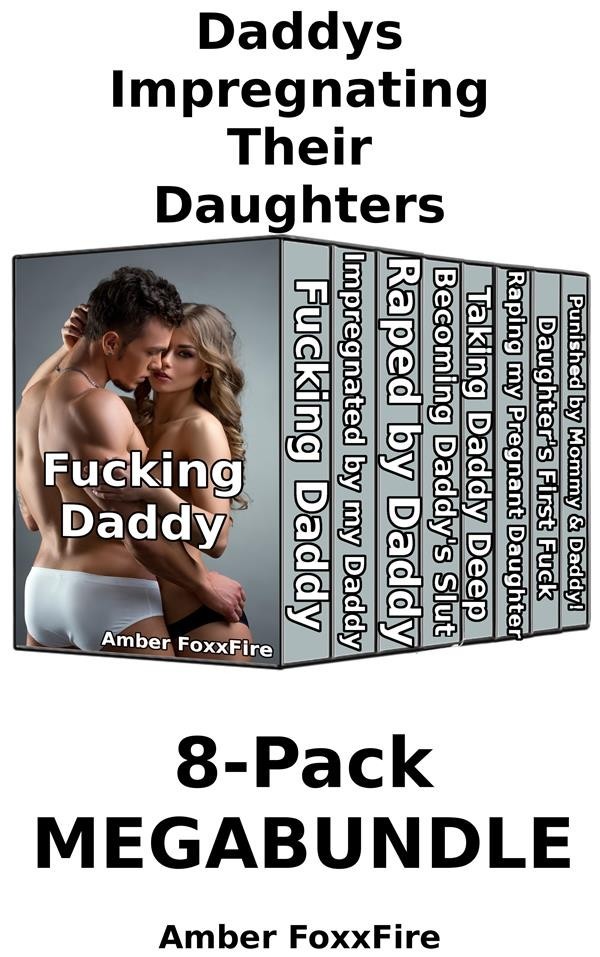 19-year-old Tina, still a virgin, seduces her father in the kitchen. She wants to be bred so badly that she can taste it, but fearing his reaction, she hides it from her father until he’s balls-deep in her, spraying his potent seed deep within her fertile belly. Like two animals in rut, they remain tied together as mom pops in unexpectedly.

This hot, explosive story features a biological father and daughter who perform dirty, filthy sex acts with each other all with the threat of being caught by her mother looming over them.

* Impregnated by my Daddy

My 18-year-old daughter called me, pleading for me to come over. Rushing over to my daughter’s hotel room in the middle of the night, I found that she’d slipped her husband a sleeping pill. Why? She wanted me to knock her up instead of her husband.

Boy, I’ll tell ya, pounding my newly-married daughter and impregnating her with my incestuous seed with her knocked-out husband right next to us was a trip I’ll never forget.

Seeing his 19-year-old daughter making out with his son infuriated Stan. Kicking his son out, he descended upon his helpless, naked daughter, forcing himself upon her until he shot his incestuous seed deep in her fertile belly.

18-year-old Amy wants her cherry popped. Her daddy is more than happy to do the dirty deed, but when her mother nearly walks in on their incestuous union, she must stall her or all hell will break loose.

18-year-old Brenda wants her daddy and she wants him BAD. She seduces him and with her wily, cunning ways makes him take her virginity and knock her up.

Wayne had had enough. Knowing that his 18-year-old daughter had been knocked up by another man was just too much for him. Something inside him snapped and he had to have her in the worst way. He’d been teased by her nubile body more than any man could bear.

It was now time for him to take what she wasn’t willing to give:

Just home from college, daddy took me aside and asked me if I’d had sex yet. Of course I hadn’t, so I told him so. That’s when he offered to show me the ropes. Everything was fine until his big, fat cock pushed against my cervix…

This hot 2500 word story features a young, 18-year-old virgin getting knocked up by her daddy. Things turn real hot when mom makes a surprise entrance.