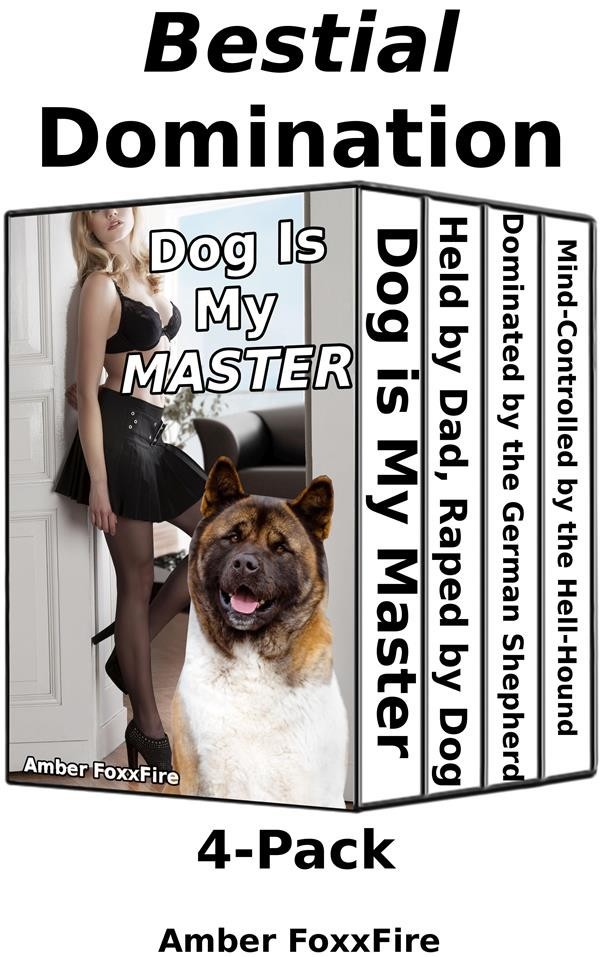 Large, dominant, over-muscled beasts who have a mind of their own.

The women they dominate, on the other hand…

* Dog is my Master

When Debbie’s dog swallows an unknown pill, it gives him the power to control and direct her thoughts. Grizzly, the large Akita, takes this new-found ability to its logical conclusion.

In this hot, forbidden story, Grizzly, a male Akita, dominates his mistress and mates with her, knotting himself inside her. With his new mind-control powers, it is he who becomes the alpha and he forces her to submit to him.

* Held by Dad, Raped by Dog

The moment I turned 18, I decided to live with my father. I didn’t know he had a drinking problem. Or a big, huge black German Shepherd problem.

Alone with the big, dominant bull of a dog, he forced his way on me, growling and snarling until I did his bidding. I thought my father would intervene, but when he came back, he accused me of raping his precious dog.

* Dominated by the German Shepherd

* Mind-Controlled by the Hell-Hound

When an underground expedition goes wrong, April comes face to face with her worst nightmare - a mythical devil-dog who mind-controls her and knocks her up.