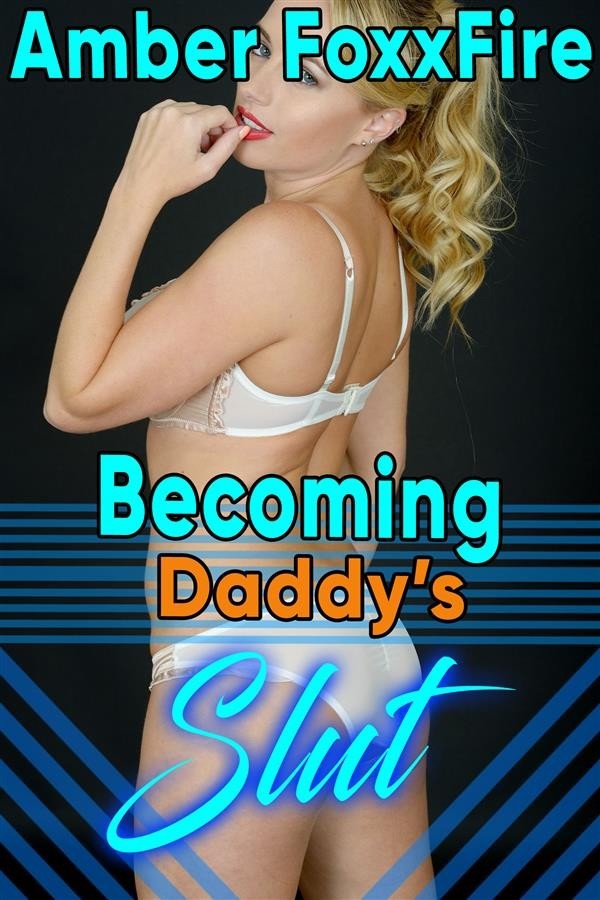 18-year-old Amy wants her cherry popped. Her daddy is more than happy to do the dirty deed, but when her mother nearly walks in on their incestuous union, she must stall her or all hell will break loose.

The beast between her thighs stirred, enticing her to forbidden acts of a carnal nature. That made her afraid. Yet she wanted her father to take her, but did that make her a pervert? This had to be unnatural.

He yanked off her shirt and tossed it on the floor as he gazed at her with a wolfish grin, which for some reason made her flush with embarrassment and yet pride filled her heart.

He then gently unclasped her bra and tossed it aside. His smile told her that her pert, cantaloupe-sized breasts pleased him. She blushed furiously as he stared at her still-developing breasts.

"Stand up," he commanded.

He pulled her up and ripped off her shorts, revealing her frilly robin-egg blue panties. She attempted to cover herself from his wanton gaze.

He pulled away her hands and smiled at what she had to offer.

"I like women that keep their pussies shaved." he grunted as he undid his pants. His manhood sprang out like a sword, unsheathed.

Amy jerked away, gasping. Could anything be so thick and large?

"That thing is huge!" She gasped as she licked her lips like a famished wolf.