The Worlds of If 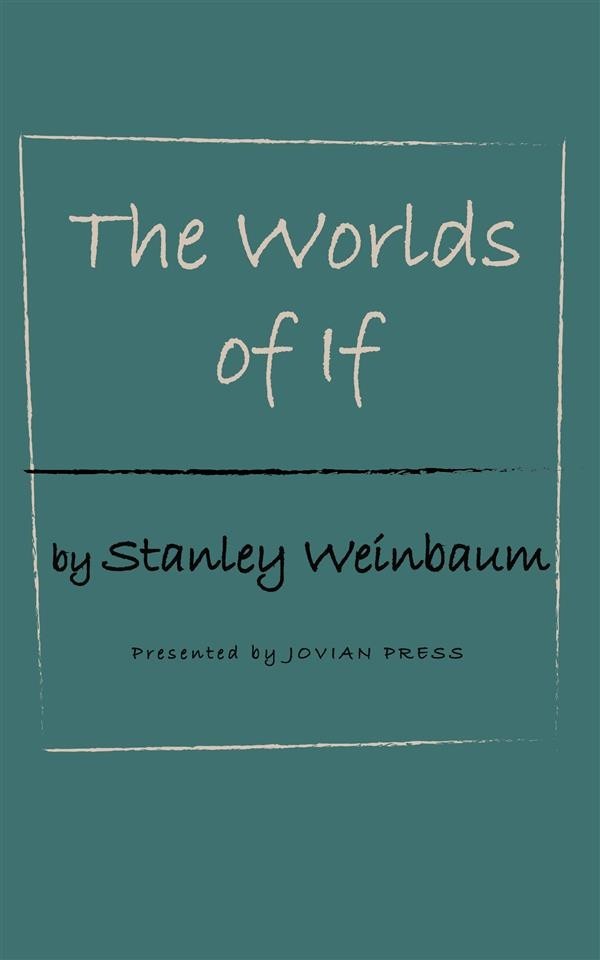 The Worlds of If

I stopped on the way to the Staten Island Airport to call up, and that was a mistake, doubtless, since I had a chance of making it otherwise. But the office was affable. "We'll hold the ship five minutes for you," the clerk said. "That's the best we can do." So I rushed back to my taxi and we spun off to the third level and sped across the Staten bridge like a comet treading a steel rainbow. I had to be in Moscow by evening, by eight o'clock, in fact, for the opening of bids on the Ural Tunnel. The Government required the personal presence of an agent of each bidder, but the firm should have known better than to send me, Dixon Wells, even though the N. J. Wells Corporation is, so to speak, my father. I have a—well, an undeserved reputation for being late to everything; something always comes up to prevent me from getting anywhere on time. It's never my fault; this time it was a chance encounter with my old physics professor, old Haskel van Manderpootz. I couldn't very well just say hello and good-bye to him; I'd been a favorite of his back in the college days of 2014.
I missed the airliner, of course. I was still on the Staten Bridge when I heard the roar of the catapult and the Soviet rocket Baikal hummed over us like a tracer bullet with a long tail of flame.
We got the contract anyway; the firm wired our man in Beirut and he flew up to Moscow, but it didn't help my reputation. However, I felt a great deal better when I saw the evening papers; the Baikal, flying at the north edge of the eastbound lane to avoid a storm, had locked wings with a British fruitship and all but a hundred of her five hundred passengers were lost. I had almost become "the late Mr. Wells" in a grimmer sense.
I'd made an engagement for the following week with old van Manderpootz. It seems he'd transferred to N.Y.U. as head of the department of Newer Physics—that is, of Relativity. He deserved it; the old chap was a genius if ever there was one, and even now, eight years out of college, I remember more from his course than from half a dozen calculus, steam and gas, mechanics, and other hazards on the path to an engineer's education. So on Tuesday night I dropped in an hour or so late, to tell the truth, since I'd forgotten about the engagement until mid-evening...