The Heartbreak, It Is Mine 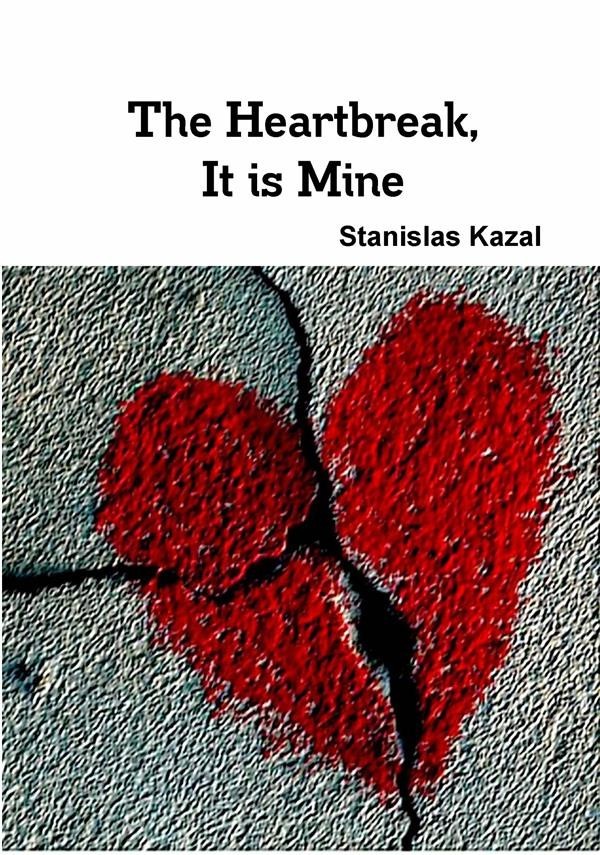 The Heartbreak, It Is Mine

“The Heartbreak” (copyright July 2008) was a clandestinely published book, sold illicitly after performances in Paris and Bordeaux’s underground scene until 2010. At last, here is a final edition of this rare and hard to find book, (a collector’s item), which has been responsible for fomenting division and revolution.  In addition, this  opus draws on other work published covertly by the author in 2008. I thus want to celebrate the long period of catharsis that inspired me to pull these miscellaneous writings together into this “mashup,” which was never meant to be mass-produced or sold in bookshops. This version is complete, containing the spirit of the original in the writing. One should view “The Heartbreak” as the ‘materia primera’ of an alchemical reaction. It ends differently to the original underground edition, from 2008, by returning to a new point of departure, but remains a poignant testimony to my years of wandering. – Stanislas Kazal (18th May 2014).