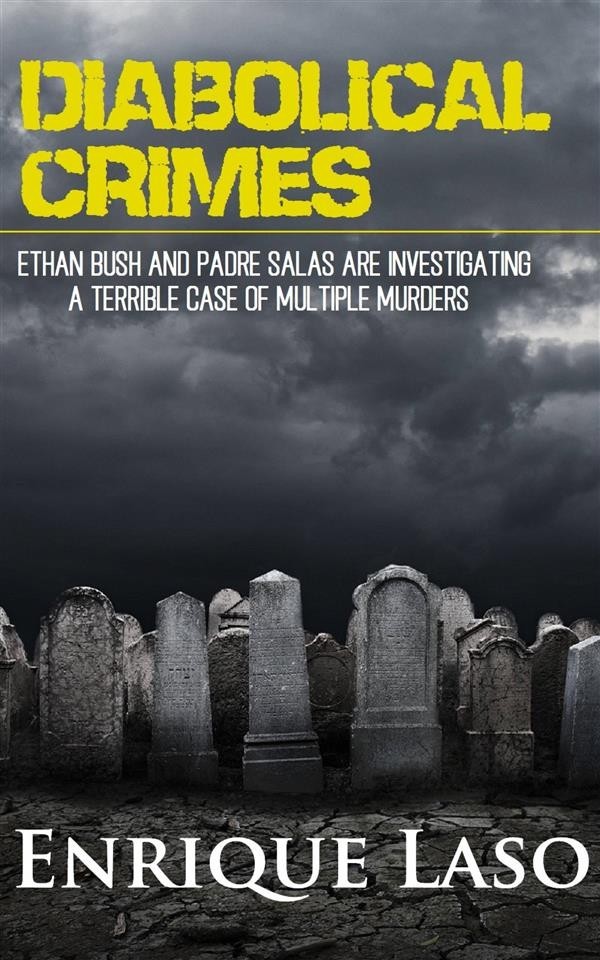 THE NOVEL THAT THOUSANDS OF READERS HAVE BEEN ASKING FOR
In a Texas county, the bodies of young people who have been subjected to a bizarre ritual are being discovered. In desperation, one of the detectives assigned to the case decides to turn to a Mexican priest who is considered to be the best exorcist in all of America: Padre Salas. Meanwhile, the FBI sends in Ethan Bush, one of its best agents within the Behavioural Analysis Unit in Quantico, to cooperate in the investigation, and create a profile of the serial killer.
ETHAN BUSH AND PADRE SALAS ARE INVESTIGATING A TERRIBLE CASE OF MULTIPLE MURDERS
This is a novel in which investigation, intrigue, mystery, paranormal events, and horror all intertwine together. Two of the most charismatic characters created by Enrique Laso– special agent Ethan Bush and Padre Salas–, meet in Texas, in order to assist the police in what is a dangerous investigation. This is a novel that has been written in response to the express demand from thousands of readers from around the world.
IF YOU LIKE CRIME NOVELS, HORROR, AND MYSTERY, THEN THIS BOOK IS FOR YOU!
Enrique Laso is currently one of the most recognised Spanish language authors. He has sold more than 1,000,000 copies of his works around the world, and has been translated into 14 languages. One of his novels has been adapted for the Spanish cinema, and another two are in the process of having the rights sold to a Hollywood agent.