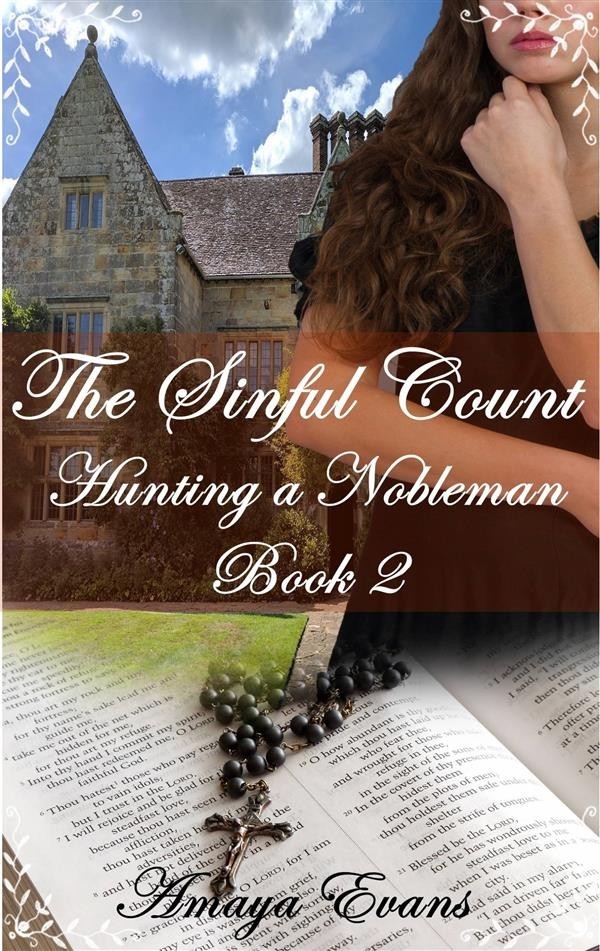 Angustias Walton is a beautiful girl that dresses like a crow; always wearing black or dressed in unflattering colors like a mourning widow. Even though she is only 18 years old, her old-fashioned hairstyle and hair tensely brushed to the point of pain makes her look like an old lady. Her entire life her mother has been telling her that she was born in sin and taught her an excessive love towards religion. At the same time, Angustias grew up in fear of the despicable passions that come from useless feelings like love. Because of it, she is afraid of this emotion and of anything caused by it. She doesn't want to get married but against her wishes, Angustias is sent by her uncles to London with the purpose of finding a husband. She accepts obediently despite her own desires. She leaves her hometown not knowing that she would find the source of her biggest sorrows and maybe... love.
Isaac St. John is a promiscuous count from Beaufort. He is a man known as a misogynist that has had too many women in his life. Due to his reputation, he is no longer invited by mothers to social meetings. They don’t bother to introduce their daughters to him in the hopes of marriage anymore. On an ordinary day, while Isaac was visiting his friends home, the Marquess and Marchioness of Wilmington, Isaac meets a plain looking young lady dressed with terrible taste. On top of that, she has an unpleasant way of contradicting everything he says. They disliked each other from her first spoken word, but as time passes Isaac starts to see under her horrible appearance. He begins to have feelings for her without exactly knowing how. That is when difficulties for Isaac begin. Because of his growing interest concerning Miss Walton’s wellbeing, his life will change forever.