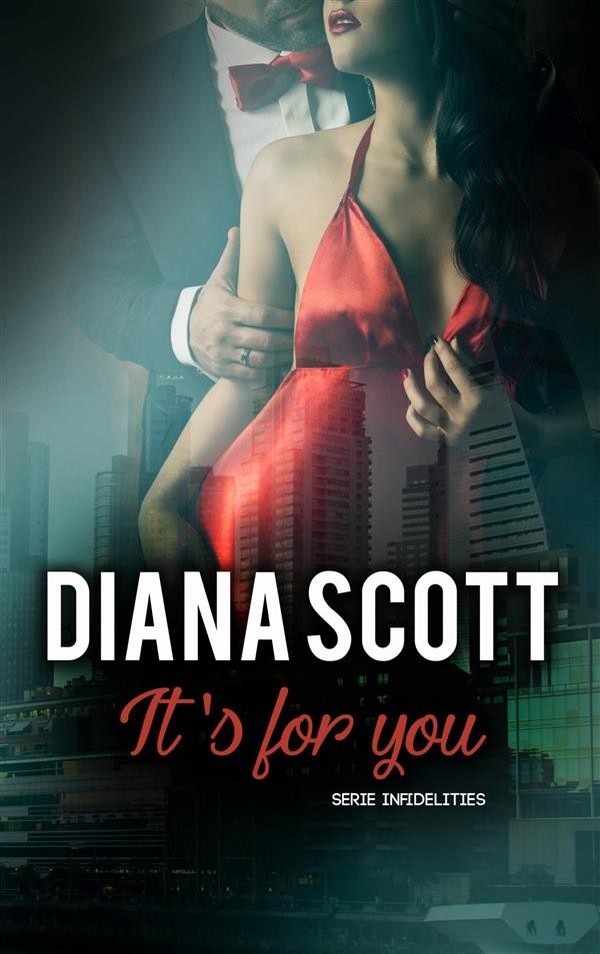 It’s for you by Dianna Scott
Translation by Ninoska García Paz
Edition by  Liliana Ester Long
Romance, suspense and action are going on. The second novel of a saga of infidelities. More than 30,000 of readers.
Romance, suspense and action are going on. Over 100,000 readers have read this saga
Nicolas Bellpuig, a good looking and millionaire European has everything. Women can’t resist themselves to his athletic body, and his and carefree smile, however, he loves only one woman, Susy, she's the one who bedazzled him with her hopeless and sad eyes and makes him feel alive.
Suzie doesn't expect much of life. For her, the bad luck has been dealt with her, thus, there’s nothing she can do but to keep herself dreaming of whatever she'll never have.
They will find out that love is capable to cross over the seas and keeping itself alive with the same intensity as their hearts beat.
She loves him, but in order to save his life, she must flee to Buenos Aires, and down there she will get involved in smuggling in women plot, which will make her get to know at first-hand fear and desperation.
He loves her too much to let her go.
Would be Nico capable to save her from a hazardous fate?  Would this romance have a happy ending, or it will become part of the misfortunes Susy must face?
Are women able to take risks and bet against the odds, or the fears, guilt or the society will have the final word?
The stories comprised in this series of romantic novels are truly jewels of the romanticism, passion, and love that you may read and discover individually.  It’s for you, is the second book of the infidelities saga.