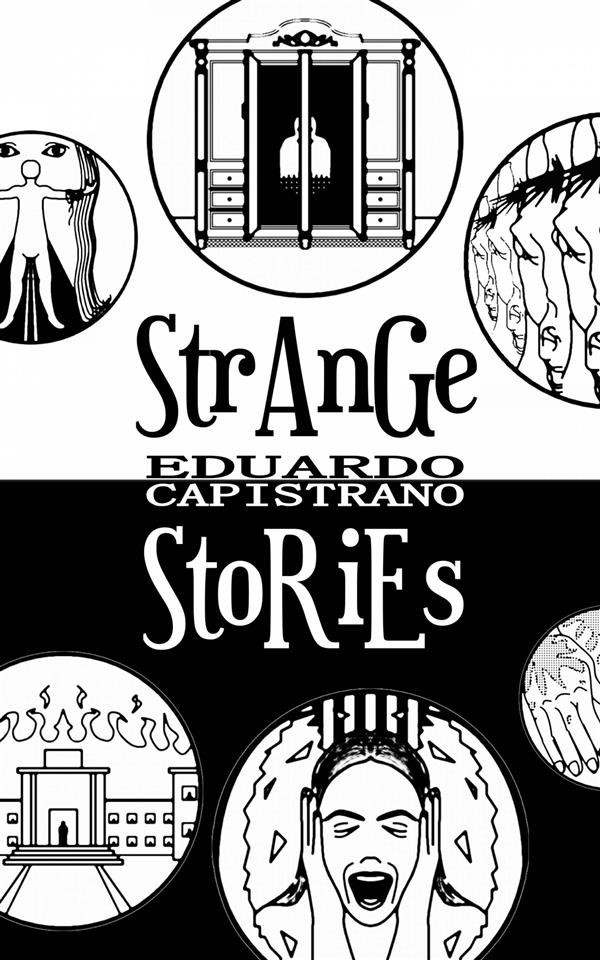 The Strange Stories of Eduardo Capistrano are 13 tales of the fantastic, incorporating supernatural elements to tell eccentric narratives of imagination, illusion and dream.
In Horribile Dictu, the incursion of a supernatural investigator into the horror of a family destroyed by the hunger for power of its patriarch. In Umbilical, a psychiatrist tends to an obese patient with a very unusual eating disorder. Strange fortunes befall a man who tried to commit suicide in Paradiso. The Egg, Broken tells the angst of a woman imprisoned in an unhappy relationship, which works a profound transformation.
The Spot is a skin disease of a peculiar nature that afflicts a trash collector. A captive man try to refute the insinuations of his mysterious kidnapper in Captor. In Overprotective, a lonely child meets a great mate for his playtime. A pregnant woman disillusioned with religion as an allegory for the losing of faith, in Apostasy.
All Saint's Day brings a psychiatrist returning to the ruins of the asylum where he was once a nurse, to find it haunted. A man moves to a street filled with strange occurrences in Wyrd. A man finds himself able to produce money out of nothing in the tale Mammon. In Pinus, a boy befriends the monster in the old armoire of his grandfather.
The collection ends with Horses, in which an old man acquires a race horse to keep it from being sacrificed.