The Elevator and Other Stories 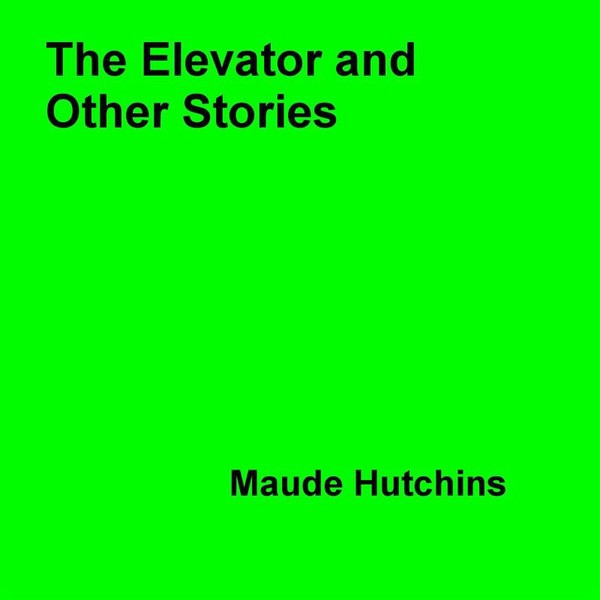 The Elevator and Other Stories

Maude Hutchins first came into prominence— brilliant writer, painter, sculptor that she is—with A Diary of Love, in 1950. This was a charming story of a young girl's coming of age, told with a kind of eighteenth century aristocratic, or agrarian, frankness of tone, filled with a delicate sensuality which was at once touching and witty—which was on the side of the pagan gods, as I said once, and written with the pen of a mischievous angel. This book is still, and is likely to remain, a minor classic, which, now that we have been able to digest the erotic writings of D. H. Lawrence and Henry Miller without apparent harm to our moral sensibility, should have its own revival. (As a matter of fact, A Diary of Love has been selling steadily: it has had at least five hard-cover printings, and an equal number of paperback editions; it has been translated into Danish, Italian, German and, shall we say, English.) But Mrs. Hutchins would resent, I know, any description of her work as “erotic.” The curious thing about her writing, so remarkably open about all forms of personal behavior, was the prevailing tone of candor. If nothing human was foreign to her, everything human was a constant source of delight, of pleasure and gaiety. In the present collection, moreover, Mrs. Hutchins has opened up an altogether new vein both of her own talent, and very possibly in American literature itself. After our great tradition of Naturalism and Realism, starting around 1890 and reaching its peak and climax in the famous books of the 1920's and '30's, we have had Symbolism (in the works of Anais Nin, for example); we have had Surrealism in such advance-guard experimentalists as John Hawkes, or Jack Jones. We have had a whole body of psychological fiction, whose purest practitioner is perhaps Conrad Aiken. And these experimental movements have in turn permeated and colored our continuing and central tradition of native realism: the reports of whose death, like Mark Twain's in his own day, are both premature and exaggerated. Mrs. Hutchins' new stories contain elements from all these literary movements. They are dream-tales, usually about psychological states of mind, centering around the theme of Time, using elements of both Symbolism and Surrealism, but always—and that is the point—specifically Hutchins-like. And that is to say, they are profoundly human and recognizable, almost always witty and entertaining, if sometimes they are also discomforting, chilling or disturbing. It is a rather weird world which is projected in these stories; a psychological world that may even startle the conventional Freudians. Just as in the typical logic of dreams, the macabre may suddenly turn into the bawdy and hilarious, the comic into the grotesque or the ominous. I know of no other such stories in our contemporary writing as well-written as these are, or animated by such a distinctive artistic vision of life or death; of fantasy and reality.