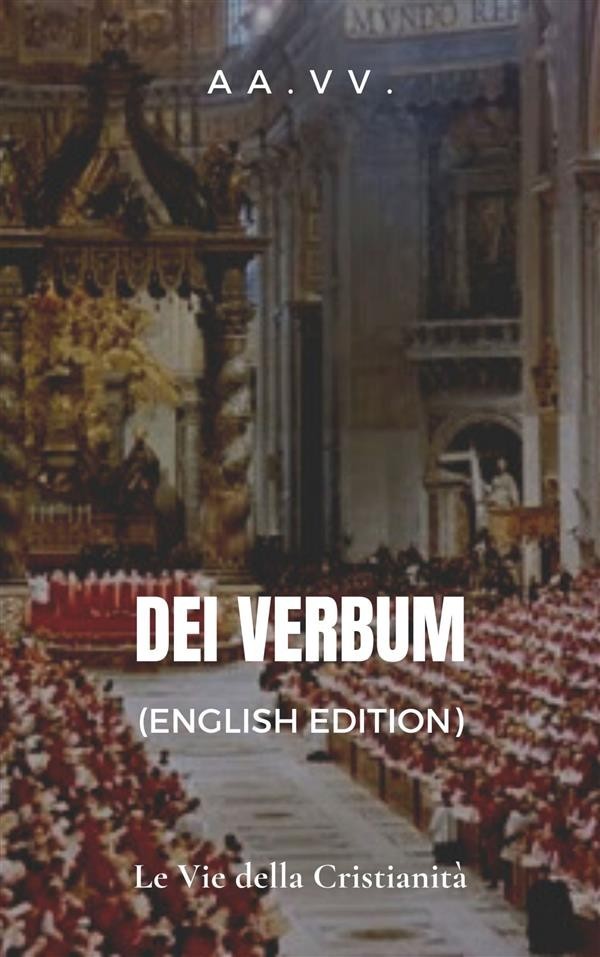 Dei Verbum (in Italian the Word of God, often abbreviated as DV) is a dogmatic constitution issued by the Second Vatican Council concerning "Divine Revelation" and Sacred Scripture. It is one of the principal documents of the Second Vatican Council; it would be the foundation, according to the auxiliary bishop of Westminster Christopher Butler, an influential conciliar father. The constitution was promulgated by Pope Paul VI on November 18, 1965, following the approval of the bishops gathered in assembly with 2,344 votes in favor and 6 against. The title is a reference both to the Holy Scriptures (literally, the "Word of God"), and to Jesus Christ himself (the Word of God) and is taken from the incipit of the document, as is customary in the most important official documents of the Catholic church.