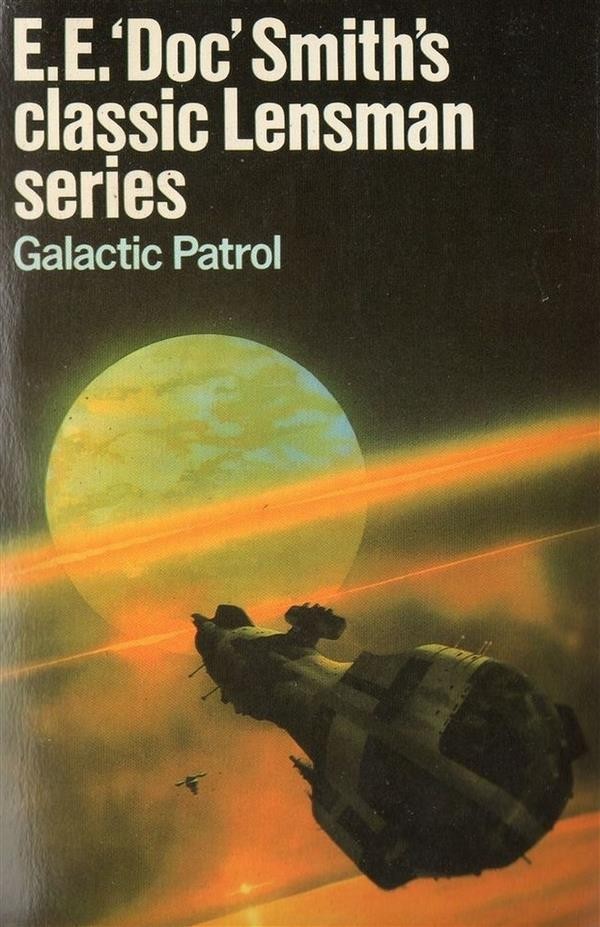 Third volume in the classic series, and the first to feature superman Kimball Kinnison.
The pirates of Boskone raided at will, menacing the whole structure of interstellar civilization. Masterminded by a super-scientist, their fleets outgunned even the mighty space cruisers of the Galactic Patrol.
Lensman Kimball Kinnision of the Patrol found the secret Boskonian base. It was impenetrable to outside attack, but a single infiltrator MIGHT penetrate its defenses, if he wanted to take on million-to-one odds.
Kinnison took them, under the impression that he was combatting normal beings. When his lens touched the mind of an Eddorian, a monster from beyond time and space, he realized that the future of a galaxy depended upon his ability to get out alive.