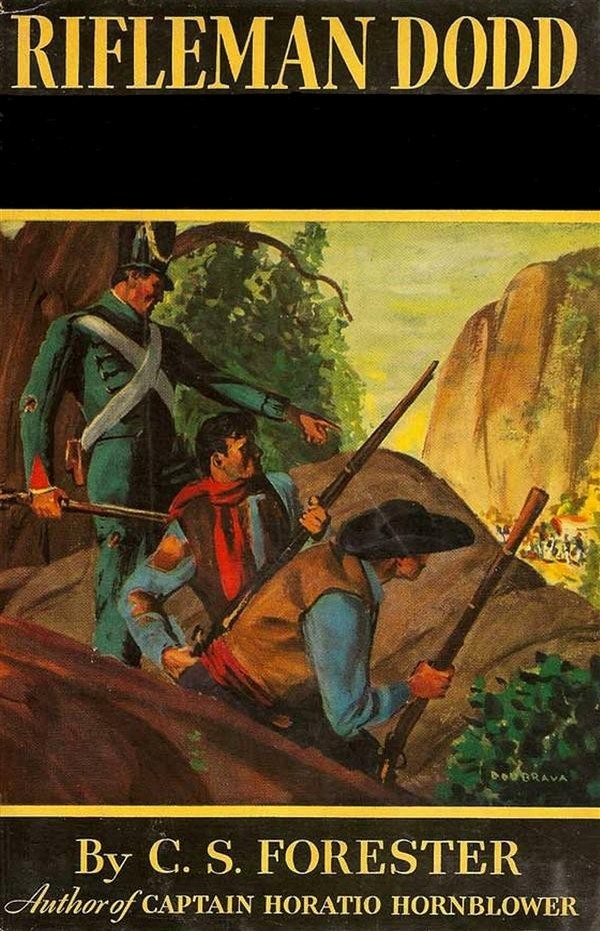 Cut off from his regiment by enemy forces pursuing his British comrades in retreat, Rifleman Matthew Dodd commits himself to fighting his way back to friendly lines. Dodd's simple, unyielding devotion to his duties as a soldier exemplifies core values - honor, courage and commitment - which all Marines are expected to demonstrate. He never thinks in terms of surrender. He doesn't just escape and evade - he continues to perform as a rifleman, killing enemy soldiers. In one of the opening chapters, Dodd is discovered by a French soldier as he is making his way back to his company. He flees in the opposite direction and finds himself scaling a steep hill. The French don't wish to follow him any farther. Instead of escaping from the impending danger, Dodd single-handedly takes on a cluster of soldiers at the foot of the hill and beats them. When he finally returns to his unit, no one knows of the deeds he has done, and his simple reward is a hot meal and the company of his mates.