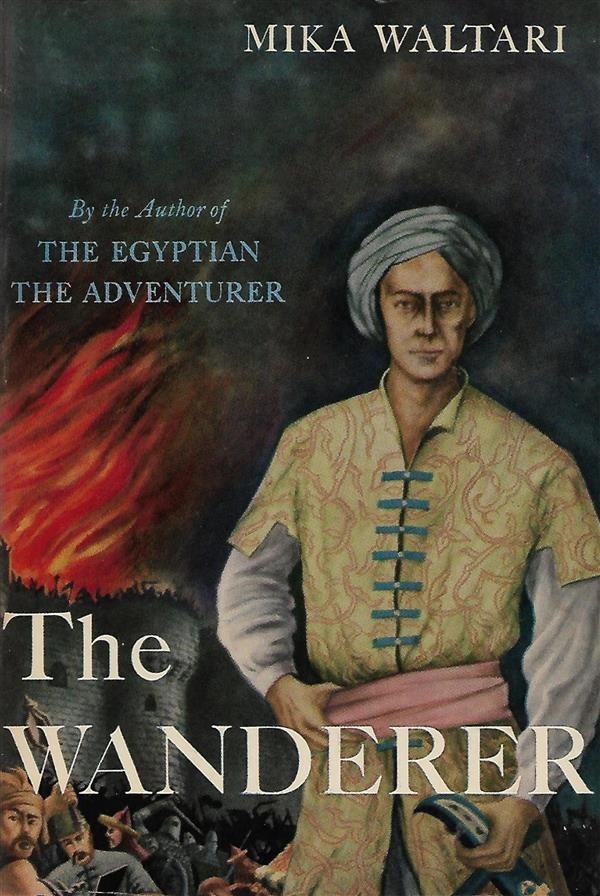 In The Wanderer, Michael of the charmed life continues his erratic career as an adventurer with an interlude which takes him through much of the 16th century Islamic empire. The holocaust in Rome singed his conscience a bit, and he decided - with his brother in arms, the bull-like Andy, to seek peace in a pilgrimage to the Holy Land. But Fate decreed otherwise. The pilgrim ship was seized by the infidels. Michael, chameleon like in his loyalties, became for all purposes an aspirant to Islam, and - though a slave - rose rapidly in the service of his masters, until he was confidante, adviser, military leader, political intriguer, whatever suited his mood, and landing - as one of his owners said - "always on his feet."

Richly detailed with the lushness of a tawdry era in Europe and the Near East, the novel is more tightly plotted than was "The Adventurer," and Michael finds himself smitten by the strange woman of the evil eye who has captured his heart and imagination. A complex plot, with successive interlocking episodes, this adds up to another picaresque romantic adventure novel which those who enjoyed its predecessors will want to read for sure.