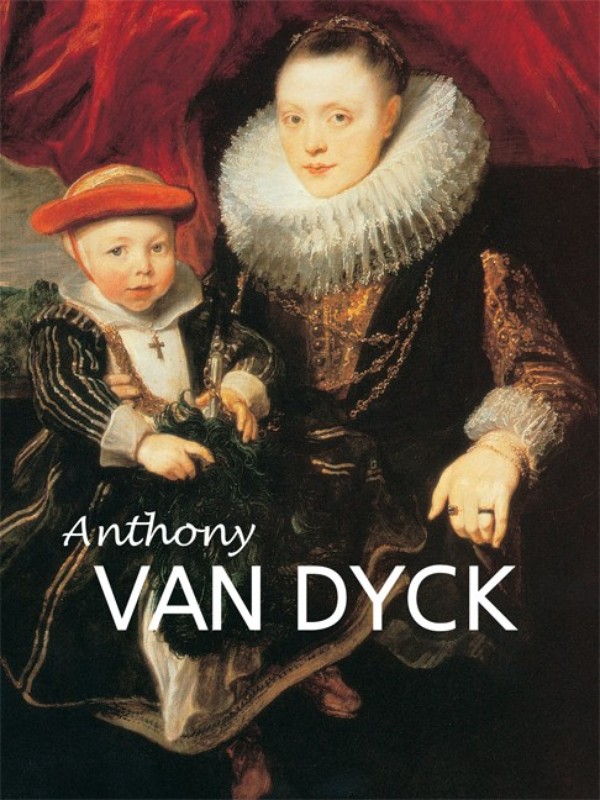 Van Dyck was accustomed early to Rubens’ sumptuous lifestyle; and, when he visited Italy with letters of introduction from his master, lived in the palaces of his patrons, himself adopting such an elegant ostentation that he was spoken of as ‘the Cavalier Painter’. After his return to Antwerp his patrons belonged to the rich and noble class, and his own style of living was modelled on theirs; so that, when in 1632 he received the appointment of court painter to Charles I of England, he maintained an almost princely establishment, and his house at Blackfriars was a resort of fashion. The last two years of his life were spent travelling on the Continent with his young wife, the daughter of Lord Gowry. His health, however, had been broken by the excesses of work, and he returned to London to die. He was buried at St. Paul’s Cathedral. Van Dyck tried to amalgamate the influences of Italy (Titian, Veronese, Bellini) and Flanders and he succeeded in some paintings, which have a touching grace, notably in his Madonnas and Holy Families, his Crucifixions and Depositions from the Cross, and also in some of his mythological compositions. In his younger days he painted many altarpieces full of sensitive religious feeling and enthusiasm. However, his main glory was as a portraitist, the most elegant and aristocratic ever known. The great Portrait of Charles I in the Louvre is a work unique for its sovereign elegance. In his portraits, he invented a style of elegance and refinement which became a model for the artists of the seventeenth and eighteenth centuries, corresponding as it did to the genteel luxury of the court life of the period. He is also considered one of the greatest colourists in the history of art.