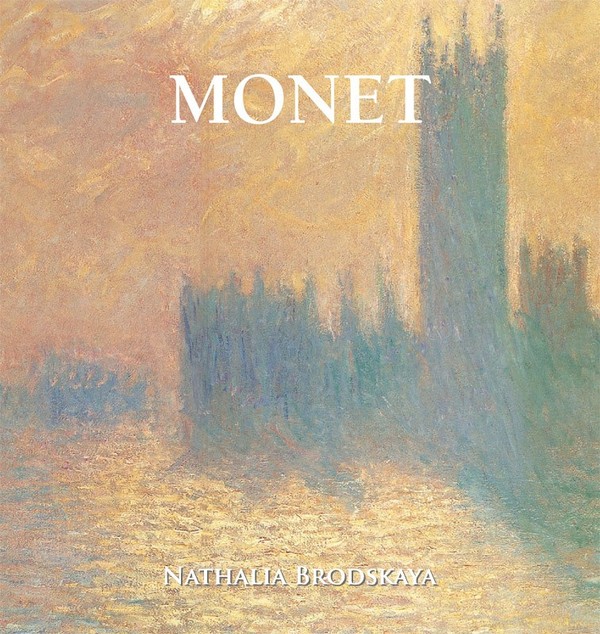 For Claude Monet the designation ‘impressionist’ always remained a source of pride. In spite of all the things critics have written about his work, Monet continued to be a true impressionist to the end of his very long life. He was so by deep conviction, and for his Impressionism he may have sacrificed many other opportunities that his enormous talent held out to him. Monet did not paint classical compositions with figures, and he did not become a portraitist, although his professional training included those skills. He chose a single genre for himself, landscape painting, and in that he achieved a degree of perfection none of his contemporaries managed to attain. Yet the little boy began by drawing caricatures. Boudin advised Monet to stop doing caricatures and to take up landscapes instead. The sea, the sky, animals, people, and trees are beautiful in the exact state in which nature created them – surrounded by air and light. Indeed, it was Boudin who passed on to Monet his conviction of the importance of working in the open air, which Monet would in turn transmit to his impressionist friends. Monet did not want to enrol at the Ecole des Beaux-Arts. He chose to attend a private school, L’Académie Suisse, established by an ex-model on the Quai d’Orfèvres near the Pont Saint-Michel. One could draw and paint from a live model there for a modest fee. This was where Monet met the future impressionist Camille Pissarro. Later in Gleyre’s studio, Monet met Auguste Renoir Alfred Sisley, and Frédéric Bazille. Monet considered it very important that Boudin be introduced to his new friends. He also told his friends of another painter he had found in Normandy. This was the remarkable Dutchman Jongkind. His landscapes were saturated with colour, and their sincerity, at times even their naïveté, was combined with subtle observation of the Normandy shore’s variable nature. At this time Monet’s landscapes were not yet characterized by great richness of colour. Rather, they recalled the tonalities of paintings by the Barbizon artists, and Boudin’s seascapes. He composed a range of colour based on yellow-brown or blue-grey. At the Third Impressionist Exhibition in 1877 Monet presented a series of paintings for the first time: seven views of the Saint-Lazare train station. He selected them from among twelve he had painted at the station. This motif in Monet’s work is in line not only with Manet’s Chemin de fer (The Railway) and with his own landscapes featuring trains and stations at Argenteuil, but also with a trend that surfaced after the railways first began to appear. In 1883, Monet had bought a house in the village of Giverny, near the little town of Vernon. At Giverny, series painting became one of his chief working procedures. Meadows became his permanent workplace. When a journalist, who had come from Vétheuil to interview Monet, asked him where his studio was, the painter answered, “My studio! I’ve never had a studio, and I can’t see why one would lock oneself up in a room. To draw, yes – to paint, no”. Then, broadly gesturing towards the Seine, the hills, and the silhouette of the little town, he declared, “There’s my real studio.”Monet began to go to London in the last decade of the nineteenth century. He began all his London paintings working directly from nature, but completed many of them afterwards, at Giverny. The series formed an indivisible whole, and the painter had to work on all his canvases at one time. A friend of Monet’s, the writer Octave Mirbeau, wrote that he had accomplished a miracle. With the help of colours he had succeeded in recreating on the canvas something almost impossible to capture: he was reproducing sunlight, enriching it with an infinite number of reflections. Alone among the impressionists, Claude Monet took an almost scientific study of the possibilities of colour to its limits; it is unlikely that one could have gone any further in that direction.