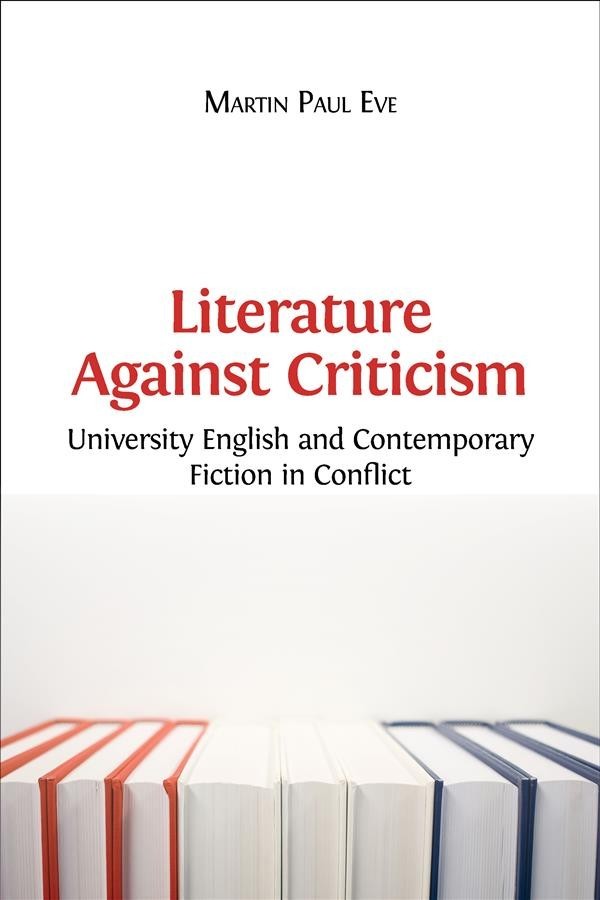 This is a book about the power game currently being played out between two symbiotic cultural institutions: the university and the novel. As the number of hyper-knowledgeable literary fans grows, students and researchers in English departments waver between dismissing and harnessing voices outside the academy. Meanwhile, the role that the university plays in contemporary literary fiction is becoming increasingly complex and metafictional, moving far beyond the ‘campus novel’ of the mid-twentieth century.
Martin Paul Eve’s engaging and far-reaching study explores the novel's contribution to the ongoing displacement of cultural authority away from university English. Spanning the works of Jennifer Egan, Ishmael Reed, Tom McCarthy, Sarah Waters, Percival Everett, Roberto Bolaño and many others, Literature Against Criticism forces us to re-think our previous notions about the relationship between those who write literary fiction and those who critique it.