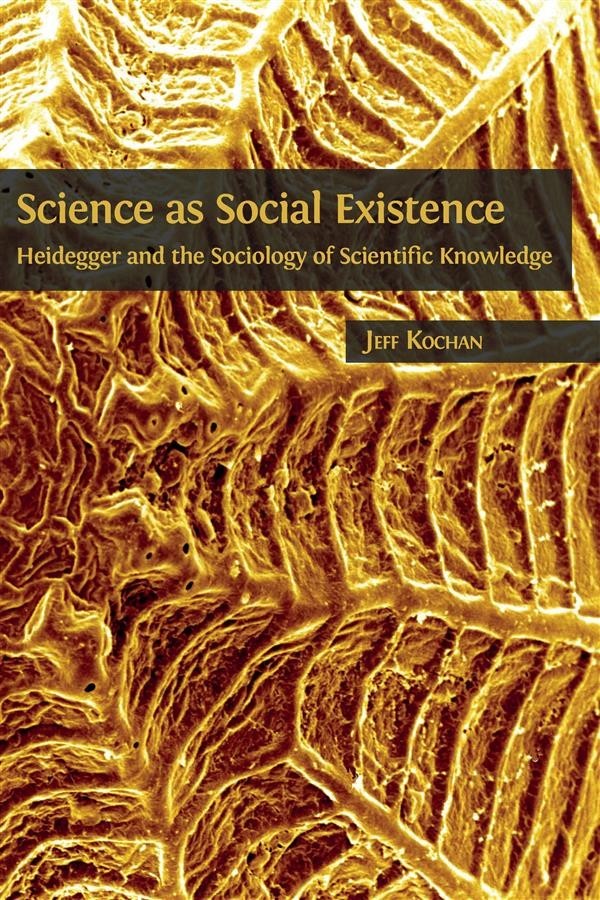 In this bold and original study, Jeff Kochan constructively combines the sociology of scientific knowledge (SSK) with Martin Heidegger’s early existential conception of science. Kochan shows convincingly that these apparently quite different approaches to science are, in fact, largely compatible, even mutually reinforcing.

By combining Heidegger with SSK, Kochan argues, we can explicate, elaborate, and empirically ground Heidegger’s philosophy of science in a way that makes it more accessible and useful for social scientists and historians of science. Likewise, incorporating Heideggerian phenomenology into SSK renders SKK a more robust and attractive methodology for use by scholars in the interdisciplinary field of Science and Technology Studies (STS). Kochan’s ground-breaking reinterpretation of Heidegger also enables STS scholars to sustain a principled analytical focus on scientific subjectivity, without running afoul of the orthodox subject-object distinction they often reject.

Science as Social Existence is the first book of its kind, unfurling its argument through a range of topics relevant to contemporary STS research. These include the epistemology and metaphysics of scientific practice, as well as the methods of explanation appropriate to social scientific and historical studies of science. Science as Social Existence puts concentrated emphasis on the compatibility of Heidegger’s existential conception of science with the historical sociology of scientific knowledge, pursuing this combination at both macro- and micro-historical levels.

Beautifully written and accessible, Science as Social Existence puts new and powerful tools into the hands of sociologists and historians of science, cultural theorists of science, Heidegger scholars, and pluralist philosophers of science.