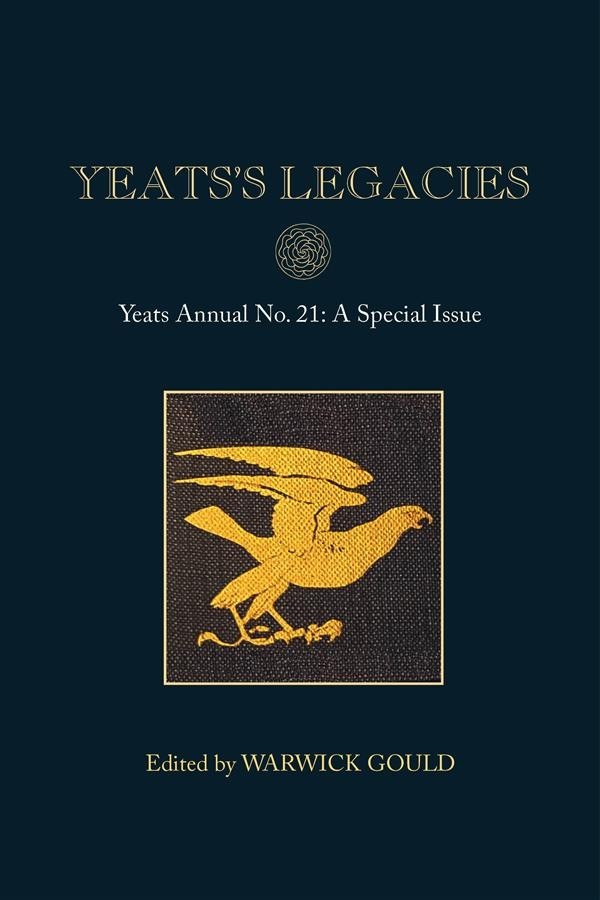 The two great Yeats Family Sales of 2017 and the legacy of the Yeats family’s 80-year tradition of generosity to Ireland’s great cultural institutions provide the kaleidoscope through which these advanced research essays find their theme. Hannah Sullivan’s brilliant history of Yeats’s versecraft challenges Poundian definitions of Modernism; Denis Donoghue offers unique family memories of 1916 whilst tracing the political significance of the Easter Rising; Anita Feldman addresses Yeats’s responses to the Rising’s appropriation of his symbols and myths, the daring artistry of his ritual drama developed from Noh, his poetry of personal utterance, and his vision of art as a body reborn rather than a treasure preserved amid the testing of the illusions that hold civilizations together in ensuing wars. Warwick Gould looks at Yeats as founding Senator in the new Free State, and his valiant struggle against the literary censorship law of 1929 (with its present-day legacy of Irish anti-blasphemy law still presenting a constitutional challenge). Drawing on Gregory Estate documents, James Pethica looks at the evictions which preceded Yeats’s purchase of Thoor Ballylee in Galway; Lauren Arrington looks back at Yeats, Ezra Pound, and the Ghosts of The Winding Stair (1929) in Rapallo. Having co-edited both versions of A Vision, Catherine Paul offers some profound reflections on ‘Yeats and Belief’. Grevel Lindop provides a pioneering view of Yeats’s impact on English mystical verse and on Charles Williams who, while at Oxford University Press, helped publish the Oxford Book of Modern Verse. Stanley van der Ziel looks at the presence of Shakespeare in Yeats’s Purgatory. William H. O’Donnell examines the vexed textual legacy of his late work, On the Boiler while Gould considers the challenge Yeats’s intentionalism posed for once-fashionable post-structuralist editorial theory. John Kelly recovers a startling autobiographical short story by Maud Gonne. While nine works of current biographical, textual and literary scholarship are reviewed, Maud Gonne is the focus of debate for two reviewers, as are Eva Gore-Booth, Constance and Casimir Markievicz, Rudyard Kipling, David Jones, T. S. Eliot and his presence on the radio.