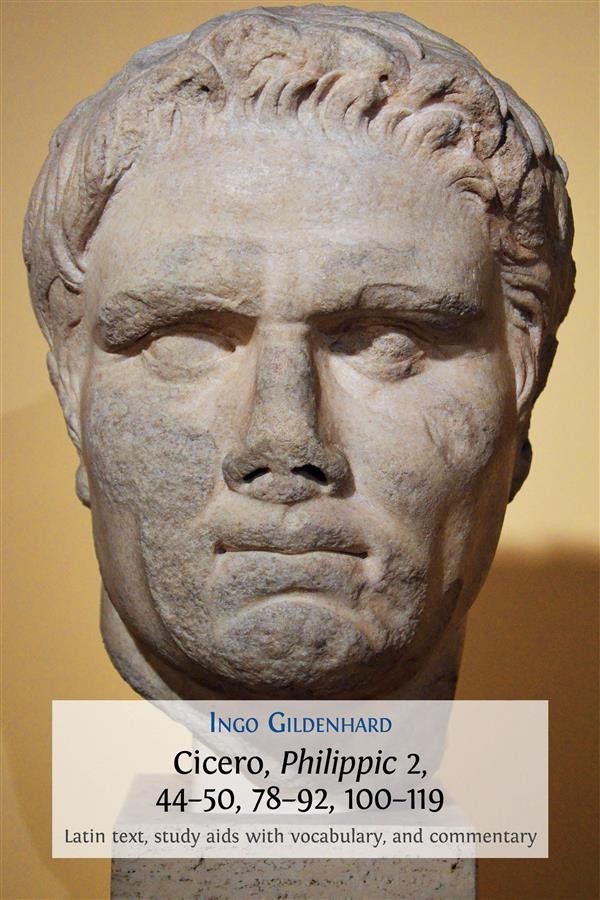 Cicero composed his incendiary Philippics only a few months after Rome was rocked by the brutal assassination of Julius Caesar. In the tumultuous aftermath of Caesar’s death, Cicero and Mark Antony found themselves on opposing sides of an increasingly bitter and dangerous battle for control. Philippic 2 was a weapon in that war.
Conceived as Cicero’s response to a verbal attack from Antony in the Senate, Philippic 2 is a rhetorical firework that ranges from abusive references to Antony’s supposedly sordid sex life to a sustained critique of what Cicero saw as Antony’s tyrannical ambitions. Vituperatively brilliant and politically committed, it is both a carefully crafted literary artefact and an explosive example of crisis rhetoric. It ultimately led to Cicero’s own gruesome death.
This course book offers a portion of the original Latin text, vocabulary aids, study questions, and an extensive commentary. Designed to stretch and stimulate readers, Ingo Gildenhard’s volume will be of particular interest to students of Latin studying for A-Level or on undergraduate courses. It extends beyond detailed linguistic analysis to encourage critical engagement with Cicero, his oratory, the politics of late-republican Rome, and the transhistorical import of Cicero’s politics of verbal (and physical) violence.