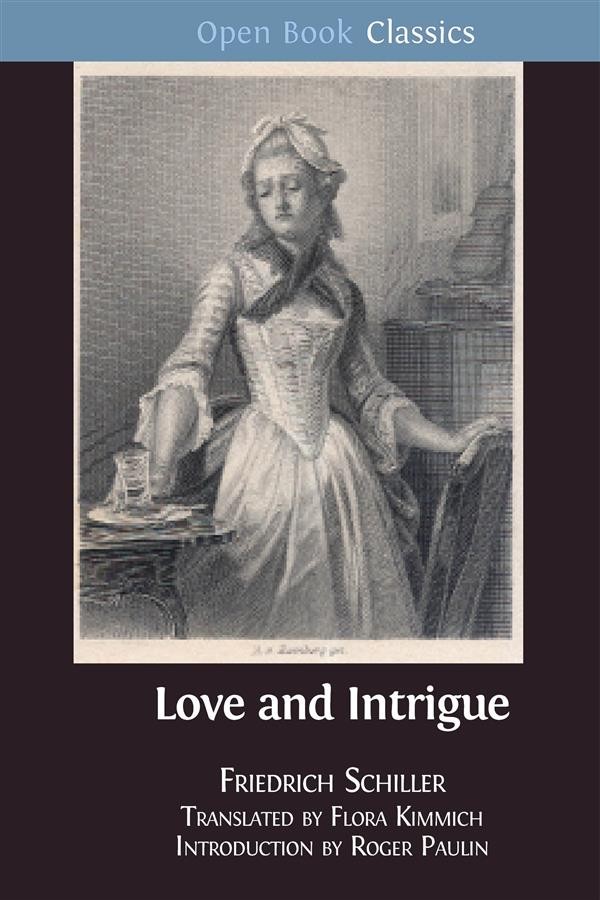 Schiller’s play Kabale und Liebe, usually translated into English as Love and Intrigue, represents the disastrous consequences that follow when social constraint, youthful passion, and ruthless scheming collide in a narrow setting. Written between 1782 and 1784, the play bears the marks of life at the court of the despotic Duke of Württemberg, from which Schiller had just fled, and of a fraught liaison he entered shortly after his flight. It tells the tale of a love affair that crosses the boundaries of class, between a fiery and rebellious young nobleman and the beautiful and dutiful daughter of a musician. Their affair becomes entangled in the competing purposes of malign and not-so-malign figures present at an obscure and sordid princely court somewhere in Germany. It all leads to a climactic murder–suicide.

Love and Intrigue, the third of Schiller’s canonical plays (after The Robbers and Fiesco’s Conspiracy at Genoa), belongs to the genre of domestic tragedy, with a small cast and an action indoors. It takes place as the highly conventional world of the late eighteenth century stands poised to erupt, and these tensions pervade its setting and emerge in its action. This lively play brims with comedy and tragedy expressed in a colorful, highly colloquial, sometimes scandalous prose well captured in Flora Kimmich’s skilled and informed translation. An authoritative essay by Roger Paulin introduces the reader to the play.

As with all books in the Open Book Classics series, this translation is supported by an introduction and notes that situate an old text in its period and help both the student and the general reader read it with ease and with pleasure.