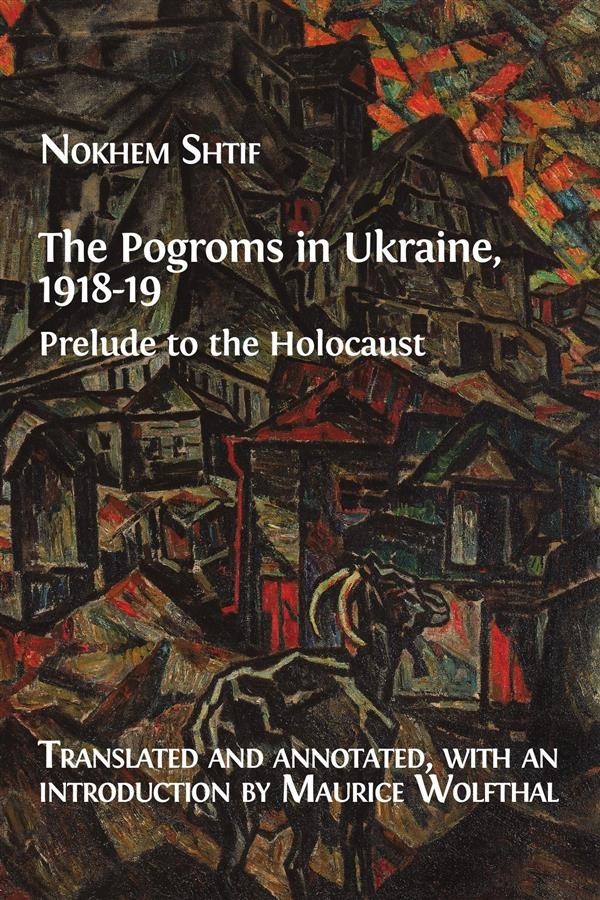 Between 1918 and 1921 an estimated 100,000 Jewish people were killed, maimed or tortured in pogroms in Ukraine. Hundreds of Jewish communities were burned to the ground and hundreds of thousands of people were left homeless and destitute, including orphaned children. A number of groups were responsible for these brutal attacks, including the Volunteer Army, a faction of the Russian White Army.<br /><br />The Pogroms in Ukraine, 1918-19: Prelude to the Holocaust&nbsp;is a vivid and horrifying account of the atrocities committed by the Volunteer Army, written by Nokhem Shtif, an eminent Yiddish linguist and social activist who joined the relief efforts on behalf of the pogrom survivors in Kiev. Shtif&rsquo;s testimony, published in 1923, was born from his encounters there and from the weighty archive of documentation amassed by the relief workers. This was one of the earliest efforts to systematically record human rights atrocities on a mass scale.<br /><br />Originally written in Yiddish and here skillfully translated and introduced by Maurice Wolfthal,&nbsp;The Pogroms in Ukraine, 1918-19&nbsp;brings to light a terrible and historically neglected series of persecutions that foreshadowed the Holocaust by twenty years. It is essential reading for academics and students in the fields of human rights, Jewish studies, Russian and Soviet studies, and Ukraine studies.&nbsp;<br /><br /><br />Maurice Wolfthal has also written the award-winning translation of Bernard Weinstein&rsquo;s&nbsp;The Jewish Unions in America, also published by Open Book Publishers.