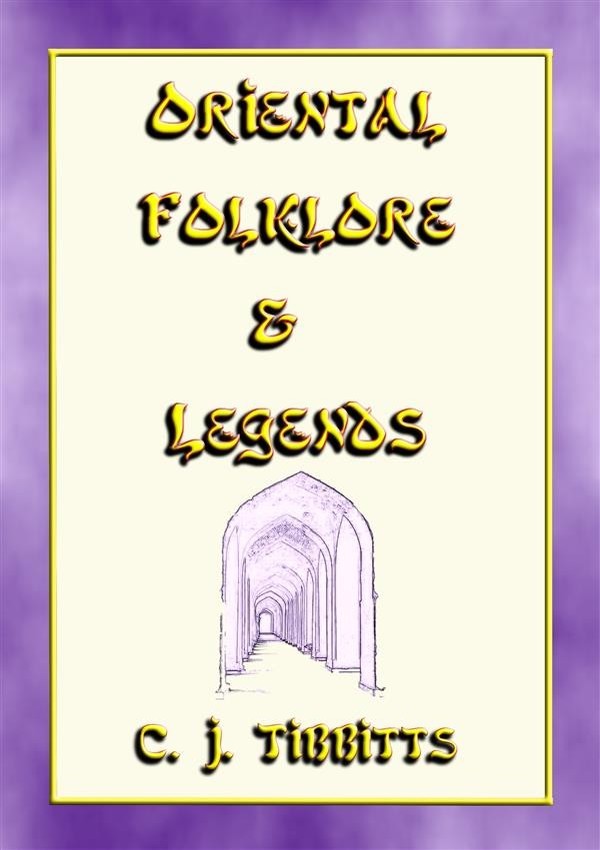 Oriental Folklore and Legend was originally published in a series of Folklore and Legends volumes by W.W. Gibbings between 1891 and 1905. The author/editor was unnamed, but the initials C.J.T. given after the preface are apparently those of one Charles John Tibbitts.
The 25 tales in Oriental Folklore and Legend  originate from countries along the fabled Silk Route  from Arabia, Persia, India, Kalmykia, Central Asia and beyond and, as one would expect, they are infused with elements of Islamic, Hindu, Buddhist, and Zoroastrian culture. Because of this rich cultural mix, the tales abound with magicians, viziers, cobblers who become astrologers, adventures by the score, and common men who best both Shahs and Kings. So, we invite you to curl up with this snippet of ancient Central Asian folklore and absorb yourself in Sinbad and Aladdin-like folk tales from yesteryear.

The Kalmyk tales are of especial interest, both because of their contents and their oblique history. The extended Scheherazade-like Relations of Ssidi Kur is a märchen-cycle from the people of Buddhist Kalmykia. The Kalmykians migrated from southern Siberia to the northwest shore of the Caspian Sea in the 1600’s. They maintain strong historical connections to Tibet and Mongolia, mainly because Buddhism remains their national religion. During their “deportation” by the Russians [1943 – 1957], Kalmyk folk stories and tales kept alive the people’s hope of nation-hood and eventual repatriation.

10% of the publisher’s profit will be donated to Charities.