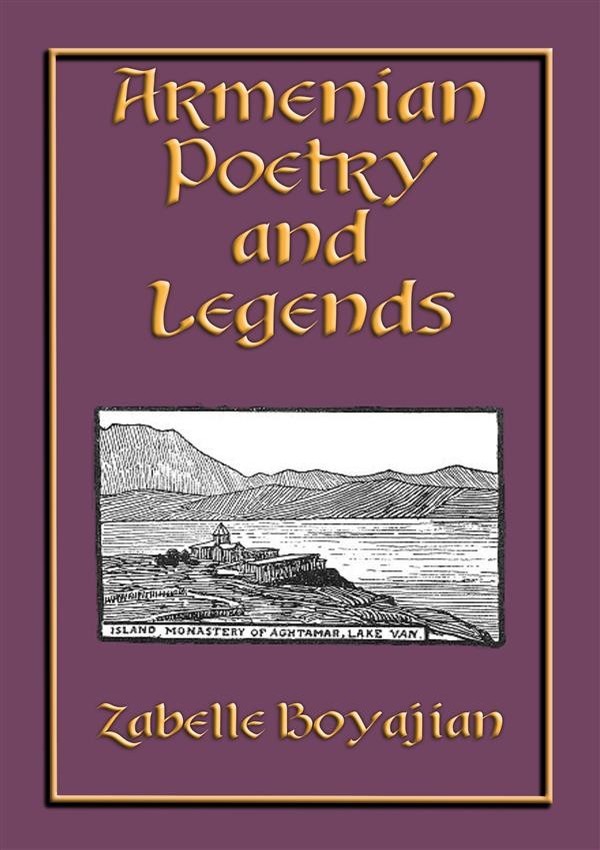 The children’s stories and legends in this book originate from the plains of Armenia towered over by Mount Ararat, on which, the Bible states, Noah’s Ark rested after the flood. Here also is the traditional site of the Garden of Eden, and the four rivers that Genesis describes as rising in the Garden still flow through the land.

Herein you will find 73 poems and stories and 12 Armenian legends including the key legends of Armenia—of Vahagn, King of Armenia,deified on account of his valour, of Princess Santoukhd, martyred by her father King Sanadroug for becoming a Christian, ofSemiramis’ love for Ara, so strong that she thought she could will him back to life. So curl up with this unique and exquisite piece of literature and be swept away by the passion of fourteen hundred years of Armenian poetry.

Sitting astride an arm of the Silk Route, Armenia has been invaded and occupied at various times by Assyria, Babylonia, Persia, Greece, and the Seljuk Turks, to name but a few. In the fifth century, Armenia became the first country in the world to adopt Christianity as its national religion. Therefore, even a short outline of Armenian folklore and poetry must acknowledge the influences that have served to shape Armenian literature. These influences reflect the interwoven remnants of an intricate tapestry of ancient and modern cultures, legends, songs, and fragments of epics, creating a unique cultural and linguistic identity.

Severed for many centuries from Western Europe by a flood of invasions, Armenian literature has not had the recognition that it deserves. In this volume, which is a mere sampler of Armenian literature, you will find poetry and laments that equal those of Shakespeare in their zeal and fervour. You will also find folk-songs that weep tears for the fate of Armenia, that cry out for freedom and liberty, that burst with the love of a woman for her man and of nightingales singing to babes in cradles.

10% of the profit from the sale of this book will be donated to charities by the Publisher.