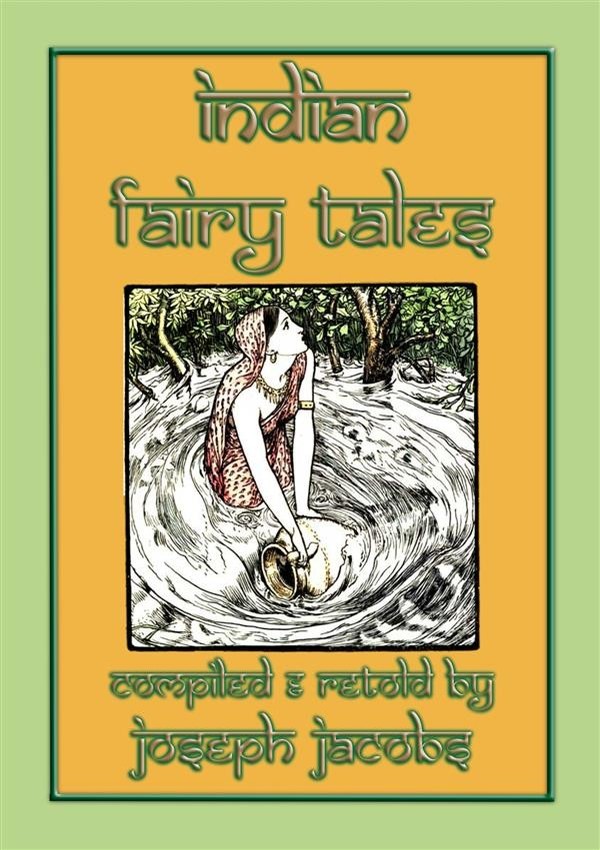 To assemble this volume of 29 children’ stories from the sub-continent of India, Joseph Jacobs has selected the best from the Jatakas, the Bidpai, the Tales of the Sun, the Baluchi folk-tales, and the folk-tales of Kashmir. In this volume we find stories about Punchkin, the evil magician, and the quaint myth: "How Sun, Moon, and Wind went out to Dinner”, the magic fiddle, the broken pot, the tiger, the Brahman, the Jackal, and many more.

In addition, the famous illustrator, John D Batten, has lent his excellent illustration skills to these stories. These stories are brought alive with 44 colour images, each evoking the sights and smells of ancient India. Each story commences with an illuminated drop capital letter, all of which bring added life to the already rich tales.

In short, Jacobs has made this book a representative collection of all the fairy tales of India. It is only a further proof that fairy tales are something more than Celtic or Hindoo—they are human. So curl up with a sliver of the Indian sub-continent and lose yourself in a culture and lifestyle of the ancient, Eastern past.

Soils and national characters differ, but fairy tales are often the same in plot and incidents, if not in style. Most of the 29 children’s tales in this volume of Indian fairy tales are known in the West in some form or other; but how can we account for their simultaneous existence in both Europe and Asia?

Some have declared that India is the home of the fairy tale, and that all European fairy tales have been brought from thence by crusaders, Mongol missionaries, Gipsies, Jews, traders, and travellers. After all, India is on one branch of the fabled Silk and Spice Routes, over which Europeans and Asians have been travelling for several millennia. We should be prepared, within certain limits, to hold a brief for India. The common fairy stories of the children of Europe, which form a greater part of their stories as a whole, are derived from Indian tales. In particular, the majority of the Drolls, or comic tales and jingles, can be traced without much difficulty back to the Indian peninsula.
Of the net profit from the sale of this book, 33% will be donated to the Christchurch Earthquake Appeal.