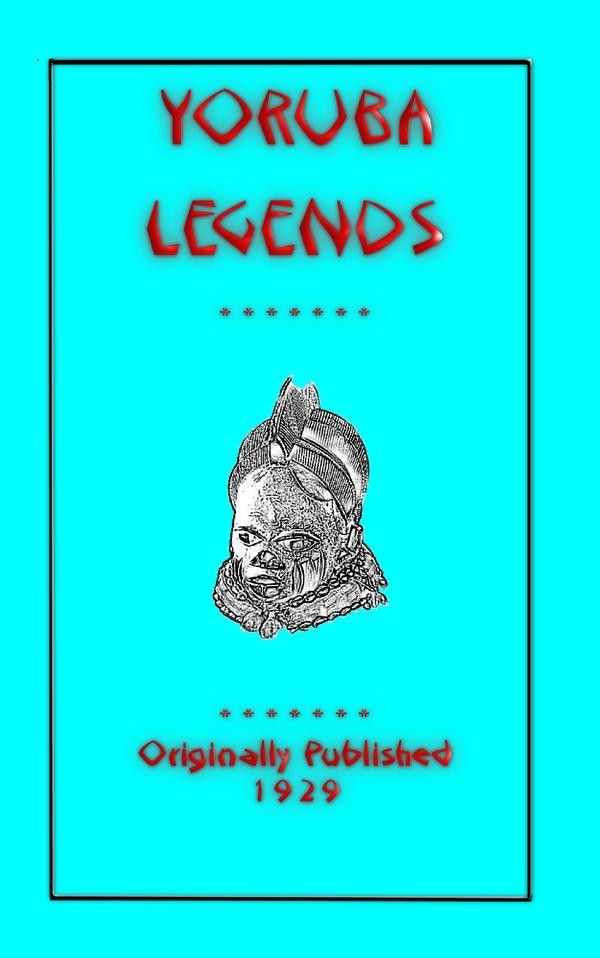 The 40 legends, fairy tales and folklore stories in this book belong to the Yoruba. They relate the adventures of men and animals, and try to explain the mysteries of Nature—Why Women have Long Hair, How the Leopard got his Spots, the Three Magicians, the Boa-Constrictor, How the Elephant got his Trunk and more.  These stories grew from the imagination of the people. We read these folk-tales for their quaintness and humour, for their sympathy with Nature, and because we find in them the ideas and ideals, not just of one man, but of a race of people.

The legends express primitive notions of right and wrong. As a rule, the wicked are punished and the good rewarded; and that, we feel, is as it should be. We may weep at the death of rascally Tortoise, but we may also feel that he somehow deserves his fate!
NOTE: The Yoruba people are descendants from a variety of West African communities. They are united by Geography, History, Religion and most importantly their Language.  Many years ago, before African slavery, the Yoruba people inhabited an area which stretched, along the coast of West Africa, all the way inward and down to Angola in South West Africa.

Yoruba Legends was a special publishing project run in conjunction with Edgbarrow College as part of their Ghana Project. 33% of the publisher's profit from the sale of this book is donated to the SOS Children's Village in Asiakwa, Ghana