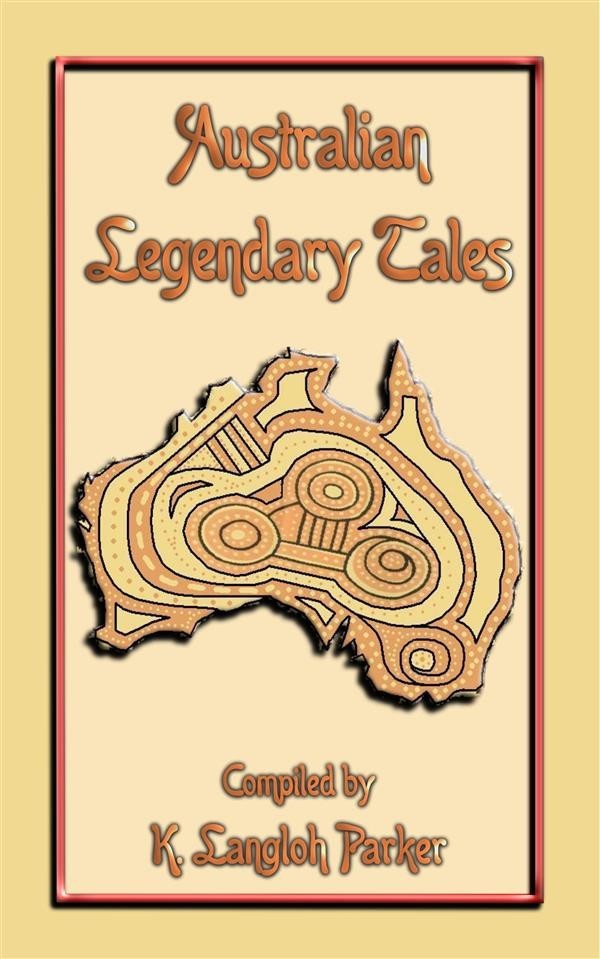 Here you will find the Jungle Book of Australia with 31 stories like the galah and oolah the lizard, bahloo the moon and the daens, the origin of the narran lake, weedah the mocking bird, the gwineeboos the redbreasts, meamei the seven sisters, the cookooburrahs and the goolahgool, the mayamah and many, many more.

This first book by K. Langloh Parker is still one of the best available collections of Australian Aboriginal folklore. It was compiled for a popular audience and the stories are not filtered and are retold with integrity, as was the case with similar books from this period.

Unlike European tales there is no Mowgli, set apart as a man. For man, bird, and beast are all blended in the Aboriginal psyche. All are of one kindred, all shade into each other and all obey the Bush Law. Unlike any European Märchen, these stories do not have the dramatic turns of Western folk-lore. There are no distinctions of wealth and rank, no Cinderella nor a Puss in Boots. The struggle for food and water is the perpetual theme, and no wonder, for the narrators dwell in a dry and thirsty land.

Katie Langloh Parker [1856-1940] lived in the Australian outback most of her life, close to the Eulayhi people. The texts, with their sentient animals and mythic transformations, have a somnambulistic and chaotic narrative that mark them as authentic dreamtime lore. The mere fact that she cared to write down these stories places her far ahead of her contemporaries, who, at the time, barely regarded native Australians as human.

Parker has some odd connections with modern popular culture. She was rescued from drowning by an aborigine at an early age. This incident was portrayed in the film 'Picnic at Hanging Rock'. The song They Call the Wind Mariah was based on a story from this book and the pop singer Mariah Cary was reputedly named after this song.