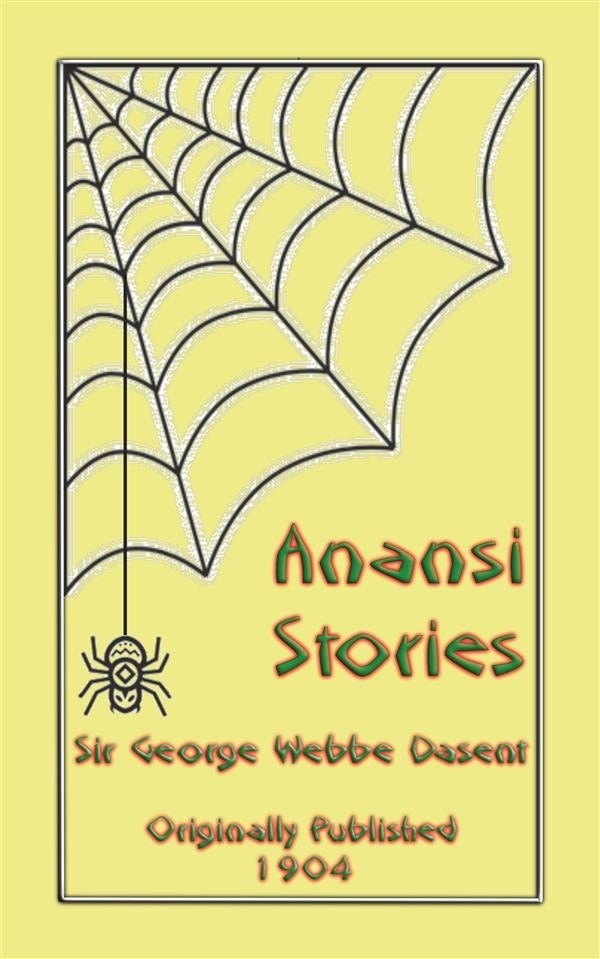 The 13 ANANSI stories in this short volume were originally, and unusually, includes as an appendix to Popular Tales from the Norse by Sir George Webbe Dasent. Abela Publishing has elected to re-publish these as a volume in their own right as an aide to Edgbarrow School’s fundraising campaign supporting the SOS Children’s Village in Asiakwa, Ghana.

The Stories in this volume are:

ANANSI or Ahnansi (Ah-nahn-see) “the trickster spider” is a cunning and intelligent being and is one of the most important characters of West African and Caribbean folklore. The Anansi tales are believed to have originated in the Ashanti tribe in Ghana. (The word Anansi is Akan and means, simply, spider.) They later spread to other Akan groups and then to the West Indies, Suriname, and the Netherlands Antilles. On Curaçao, Aruba, and Bonaire he is known as Nanzi, and his wife as Shi Maria.

He is also known as Ananse, Kwaku Ananse, and Anancy; and in the Southern United States he has evolved into Aunt Nancy. He is a spider, but often acts and appears as a man. The story of Anansi is akin to the Coyote or Raven the trickster found in many Native American cultures.