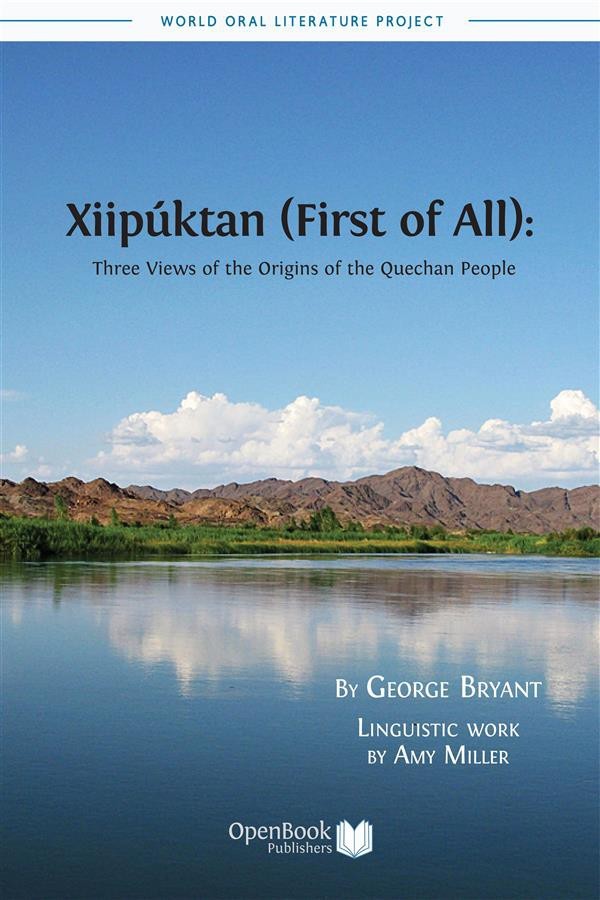 The Quechan people live along the lower part of the Colorado River in the United States. According to tradition, the Quechan and other Yuman people were created at the beginning of time, and their Creation myth explains how they came into existence, the origin of their environment, and the significance of their oldest traditions. The Creation myth forms the backdrop against which much of the tribe’s extensive oral literature may be understood. At one time there were almost as many different versions of the Quechan creation story as there were Quechan families. Now few people remember them. This volume, presented in the Quechan language with facing-column translation, provides three views of the origins of the Quechan people. One synthesizes narrator George Bryant’s childhood memories and later research. The second is based upon J. P. Harrington’s A Yuma Account of Origins (1908). The third provides a modern view of the origins of the Quechan, beginning with the migration from Asia to the New World and ending with the settlement of the Yuman tribes at their present locations. Publication of this book is made possible by the Institute of Museum and Library Services Native American / Native Hawaiian Museum Services Program grant number MN-00-13-0025-13. This collection is for the Quechan people and will also interest linguists, anthropologists, oral literature specialists, and anyone curious about Native American culture.