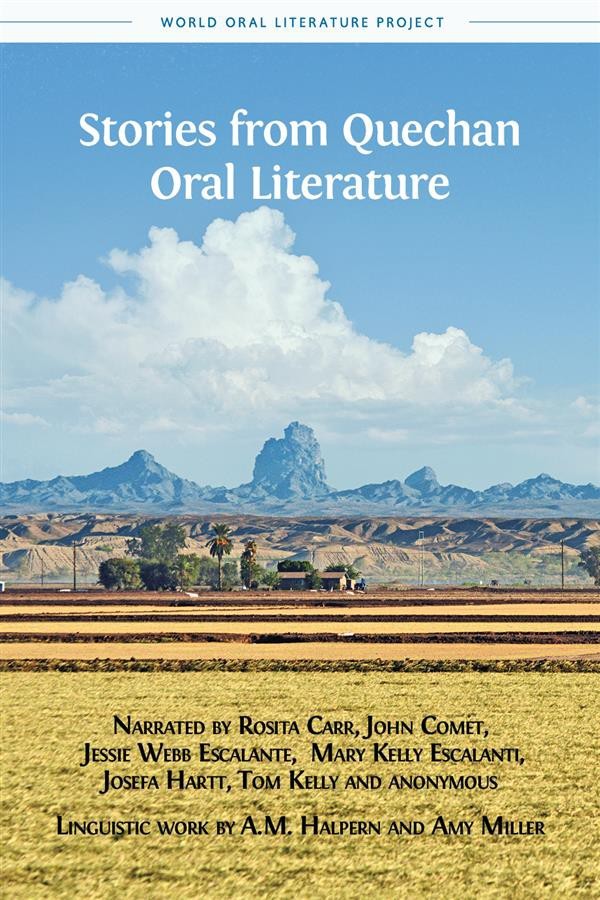 The Quechan are a Yuman people who have traditionally lived along the lower part of the Colorado River in California and Arizona. They are well known as warriors, artists, and traders, and they also have a rich oral tradition. The stories in this volume were told by tribal elders in the 1970s and early 1980s. The eleven narratives in this volume take place at the beginning of time and introduce the reader to a variety of traditional characters, including the infamous Coyote and also Kwayúu the giant, Old Lady Sanyuuxáv and her twin sons, and the Man Who Bothered Ants. This book makes a long-awaited contribution to the oral literature and mythology of the American Southwest, and its format and organization are of special interest. Narratives are presented in the original language and in the storytellers’ own words. A prosodically-motivated broken-line format captures the rhetorical structure and local organization of the oral delivery and calls attention to stylistic devices such as repetition and syntactic parallelism. Facing-page English translation provides a key to the original Quechan for the benefit of language learners. The stories are organized into "story complexes”, that is, clusters of narratives with overlapping topics, characters, and events, told from diverse perspectives. In presenting not just stories but story complexes, this volume captures the art of storytelling and illuminates the complexity and interconnectedness of an important body of oral literature. Stories from Quechan Oral Literature provides invaluable reading for anyone interested in Native American cultural heritage and oral traditions more generally.