Folklore and Tales from Lesotho - 10 tales and stories from Basutoland 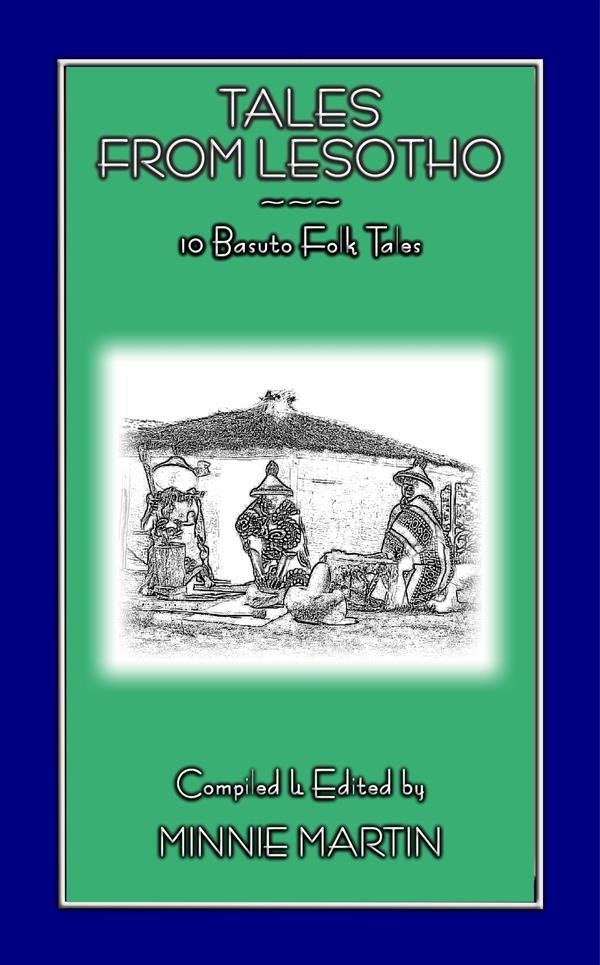 Folklore and Tales from Lesotho - 10 tales and stories from Basutoland

Within this little volume you will find 10 unique folk tales and children's stories from the African mountain Kingdom of Lesotho. Here you will find the story of Takane, who, despite having an arranged marriage, became a happy and devoted wife. The tale of how Khosi chooses Polomahache (Crocodile Child) to be his wife and of Mokete and Morongoe the Snake and many more.

Included in these tales are stories of the Sun Chief, evil Witchdoctors, or Ngaka, the equivalent of an Evil Wizard, spells being cast and broken and beautiful maidens being set free. There are also tales of malevolent chiefs who rule their people with a fist of iron, not caring how much innocent blood they shed - and how their comeuppance is delivered by the hero of the day.

These tales were collected by Minnie Martin, wife of a Government Official, who came to South Africa and Basutoland, from England, in 1891. To enable a better understanding of the people and their customs, she began to study the language, collected these tales and became fairly fluent in the language.

Because the Bantu peoples of Southern Africa had no written language, it must be noted that the first people to record the various languages (the Boers and the British) did so phonetically, writing the language as they heard it being spoken. Unlike most European languages, there has been no influence of Latin, Greek or Arabic, which makes the learning of those languages that little more difficult. Here you speak the word the way it is written e.g. Ngaka is read as In-gaa-kah, Takane as Tak-aan-eh, Khosi as Koh-see etc So sit back and enjoy this unique collection of tales, customs and lore from a little known place, unseen or heard in the West for many generations. 33% of the net profit will be donated to SENTEBALE - a charity supporting children in Lesotho orphaned by AIDS.