SPIDER WOMAN - The Story of Navajo Weavers and Chanters 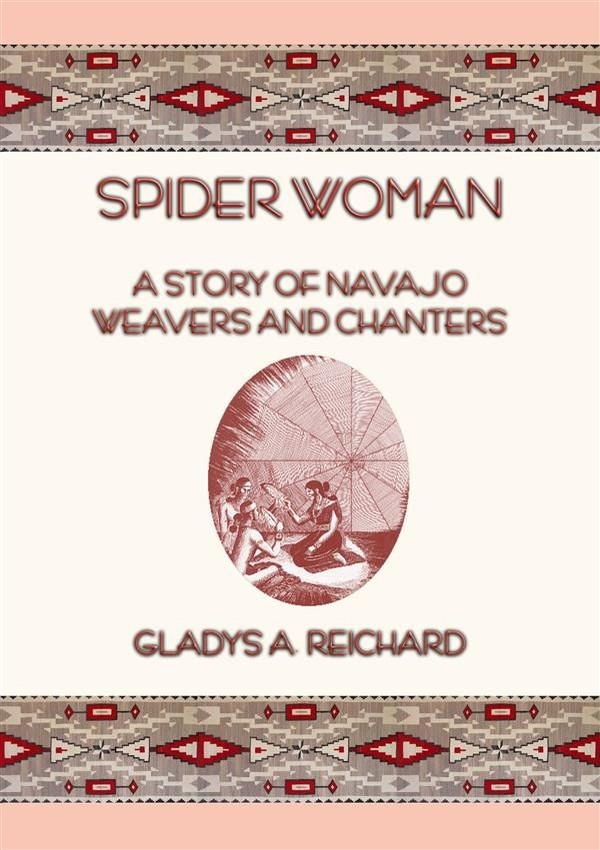 SPIDER WOMAN - The Story of Navajo Weavers and Chanters

The Story of Navajo Weavers and Chanters is self-explanatory as to characters and circumstances. The only distortion of which I am conscious is a slight one of time and sequence. There is no twisting of facts; if there is of interpretation it is because of lack of understanding rather than of the will to understand.

My acknowledgments must be necessarily feeble in proportion to the harvest I have reaped of good will and kindness. The first are due to the Southwest Society, which had enough faith in a dubious undertaking to start me on my way. I thank next the Council for Research in the Social Sciences of Columbia University, which kept me going once I had started.

When I consider the service, spiritual and physical, rendered by the members of the J. L. Hubbell Trading Post, Ganado, Arizona, I am overwhelmed with the inadequacy of my vocabulary. Mr. Roman Hubbell, Old-Mexican's-Son, understood in a flash my somewhat difficult problems, and when he suggested Red-Point's family as the one with which to work he put the stamp of success on my project. He himself is a constant source of stimulation and inspiration as he follows my progress with ever-eager interest and coöperation. The sentiment applies equally to Mr. Lorenzo Hubbell of Oraibi.

I cannot sign my name to this and leave out the word "hospitality." I find the Southwest ever hospitable and, in emphasizing my feeling of well-being there, must refer back to the residents of the Southwest previously mentioned as largely responsible for it. This includes all their families and many others which the exigencies of space forbid me naming individually.
Gladys A. Reichard