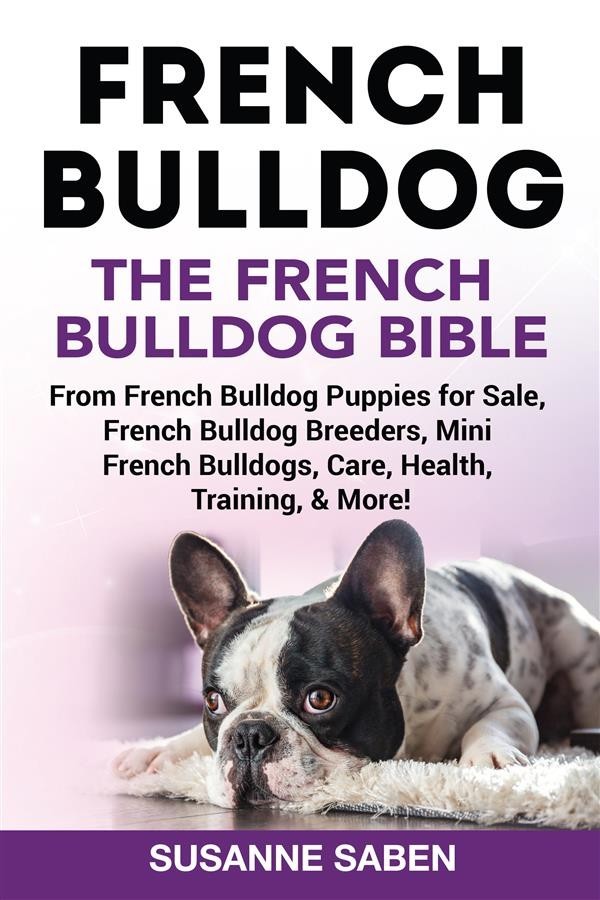 "Very specific to the Frenchie - not just generic dog info- has been hard to find elsewhere." - Tom Laswick, Phoenix, AZ.-
"Hilarious pictures and the in-depth - Frenchie specific practical and creative tips... the author sure knows a lot!"- Jessica Stanton, Atlanta, GA.-
"Really great guide with refreshing and fun writing style- and has saved me a lot of money already- Love my Frenchies!" - Tess Macallister, Northampton, England.-

-Canine author Susanne Saben has produced the most in-depth & up-to-date book yet on the French Bulldog yet. The 130 pages are easy to read & packed full of practical info & French Bulldog breeders' tips on everything you need to know about getting to know, caring for & living with the incredibly cute French Bulldog!

So what are You waiting for? Click the Add to Cart Button Now on the Top Right of This Page- to get Yours Now and discover what makes the French Bulldog so great!

-PS: This is not a run-of-the-mill French Bulldog book... it is for true French Bulldog lovers- full of real world advice on how to make the most of your French Bulldog's life and journey together!- " Click the Add to Cart Button Now on the Top Right of This Page- to get Yours Now!-